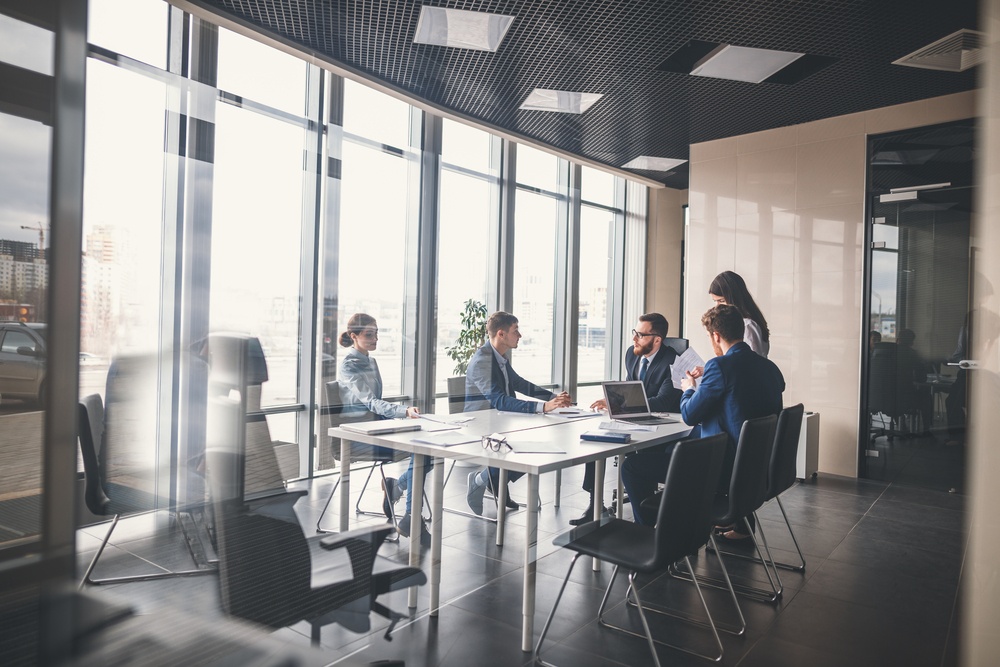 The Impact of Organizational Planning on Corporate Performance

Strategic planning in an organization not only provides a sense of direction but also outlines measurable goals. In this corporal competitive world, where every organization tends to overcome their competitors in every possible way, planning should be the first step.

Organizational Planning implies planning for making and actualizing methodologies to accomplish organizational goals. It begins by making straightforward inquiries like, what are we doing, should we keep on doing it or change our product offering or the method for working, what is the effect of social, political, innovative and other ecological factors on our activities, are we ready to acknowledge these progressions and so forth.

In this piece, we have discussed few of the companies which faced a serious impact on their growth, some in favour and others against because of the methodologies they incorporated for planning for the organization. 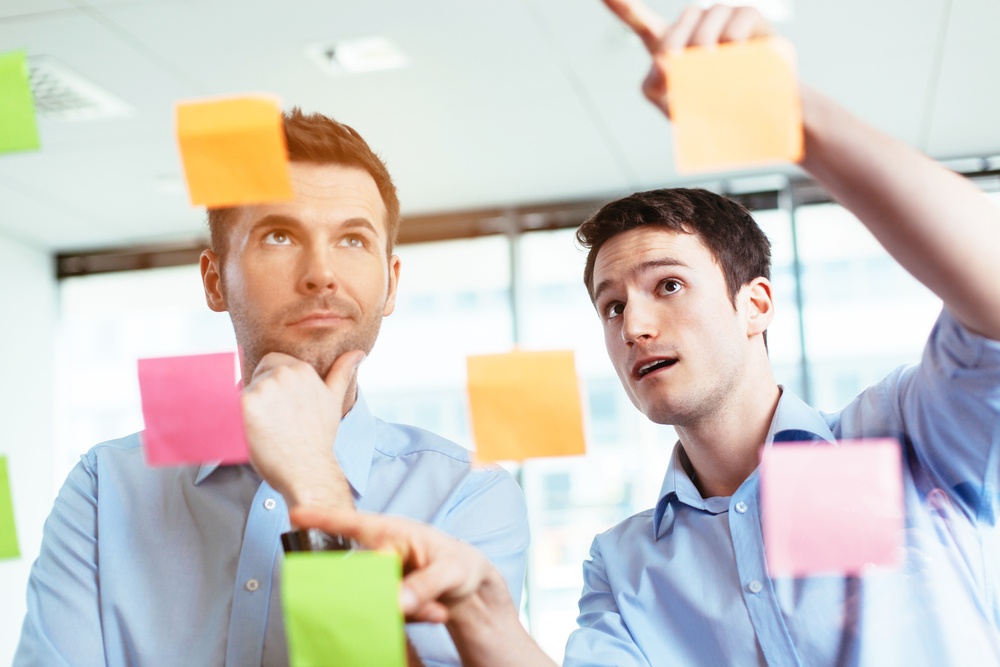 Back in 2002, Tata Sons board re-assigned Ratan Tata as non-executive chairman for 5 years, when he was set to retire at the age of 65. Thereafter in 2005 again, the board expanded the retirement age of non-executive directors to 75, ensuring Tata could continue for another five years till 2012.

Finally, after being in charge of one of the nation’s most established business domains for 50 growing years, he gathered his sacks at Bombay House and gave over the title to Cyrus Mistry, in 2012.

Cyrus Pallonji Mistry, son of Irish constructional industrialist Pallonji Mistry and brother-in-law of Ratan Tata’s half-brother Noel Tata, was initially a member of the committee held responsible to find a successor to Ratan Tata but then became a candidate himself. The succession process did not move away from family hands; the fact which made some to question.

On one hand, Ratan Tata who joined the gathering in 1962 turned into its chairman just around three decades later, in 1991 and unmistakably knew the group back to front. Mistry, then again had joined the Tata Board in 2006 and one can without a doubt tell, he was not hands on with most gathering organizations till at that point.

After four years in charge of affairs of Tata Sons, Cyrus was unexpectedly removed as Chairman in October 2016. After the ouster, Ratan Tata assumed control as the interim chairman. As indicated by Tata Sons, episodes that brought about the hasty dismissal of Cyrus were poor profitability of driving organizations of the group, expanded debts, and poor treatment of basic issues, for example, offers of UK steel activities and transactions with NTT DoCoMo Inc. of Japan and resource securing of Welspun without looking for board endorsement. [2]

Tatwamasi Dixit, a consultant, and coach specialising in family businesses, in an interview discussed Cyrus. According to him, “Mistry was great in work and business, however not taking individuals along. He had a place with a different industry and a different generation. Mistry would have expected four to five years of joint hand-holding. There was plainly an absence of arrangement between the group and the way he drove the business.” 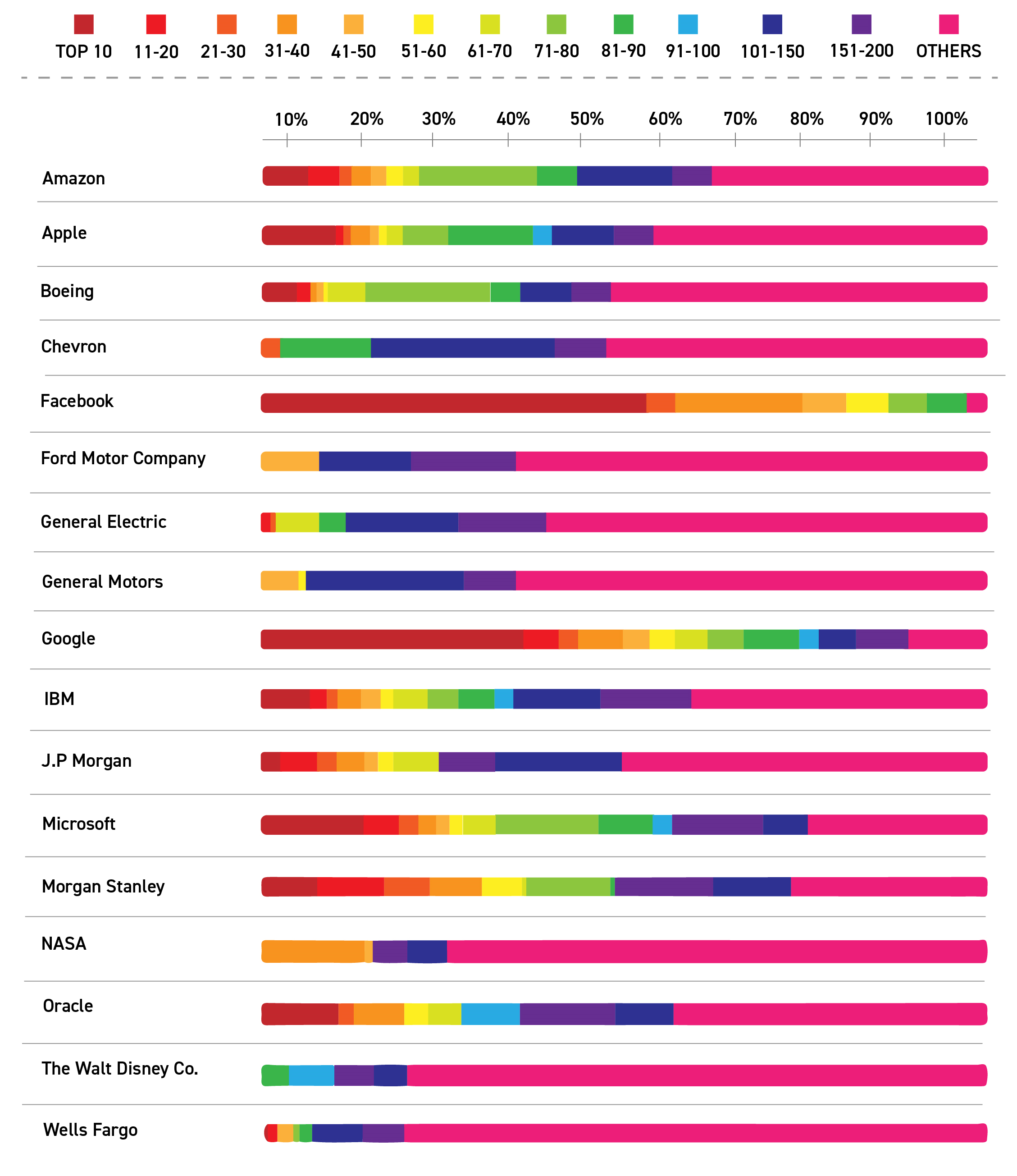 Generally, in an organization, the person holding the superior posts or the senior leaders are the ones who build the business from scratch or have at least worked in the company for long enough time to have a complete understanding of every aspect of the company. Such arrangement of leaders is the easiest solution when comes necessity to steer the organization in a new direction.

Had there been a succession planning of who’d take the charge after Ratan Tata, there would have been a totally different scenario then. The comeback of renowned leaders in an organization isn’t that the Tata group is only opting for.

In 1997, Apple called for the founder Steve Jobs to take the charge of the organization, when the company faced some troublesome period. He then remained Apple CEO’s until his death in 2011.

Not only this, Howard Shultz, who left Starbucks in 1986 to start his own chain of espresso bars, came back twice, in 1987 and then again in 2008. Interestingly, he continued to be the chief executive of Starbucks, until he was replaced by Kevin Johnson in 2017.

It is in such situation when succession planning becomes a top priority practice for an organization. Well, this isn’t a tough task.

Mettl helps in future verification of the management positions that are vital to accomplishment of business targets, distinguishing, tracking and building up the correct arrangement of high potential workers and setting them up for headway through organized and logical procedure of succession planning.

For each Sergey Brin, there is a Michael Dell. While the co-founder and CEO of Google made his organization a standout amongst the most profitable on the planet with its shares trading almost an untouched height, Dell has devastated to his namesake.

Dell is an expanded technology organization, offering everything from servers to systems integration. Also, the company as of late announced quarterly profit of almost $1 billion, easily overcoming expectations on account of solid corporate need for PCs and servers.

However, as a matter of fact, Dell is struggling hard to obtain its identity in a world subjugated by giants like Oracle, IBM and even Hewlett-Packard (HP), for they offer corporate clients an extensive menu of hardware, software, and service than that of Dell. Although, it does well with fair size organizations and enterprises, for example, government and medicinal services, it is difficult to see Michael changing the organization from its present position as a PC producer into an IBM-kind tech titan.

Reportedly, after several interviews with the employees, Michael emerged as a cautious manager who struggled anticipating the market and technology shifts that could at that time reshape the company. Also, as per the talks with former CEO Kevin Rollin regarding the efforts to expand the company beyond PCs, Michael repeatedly blocked him. In the words of Rollin, “I couldn’t get Michael to agree”.

Let’s have a look at Dell’s track record for 5 years. 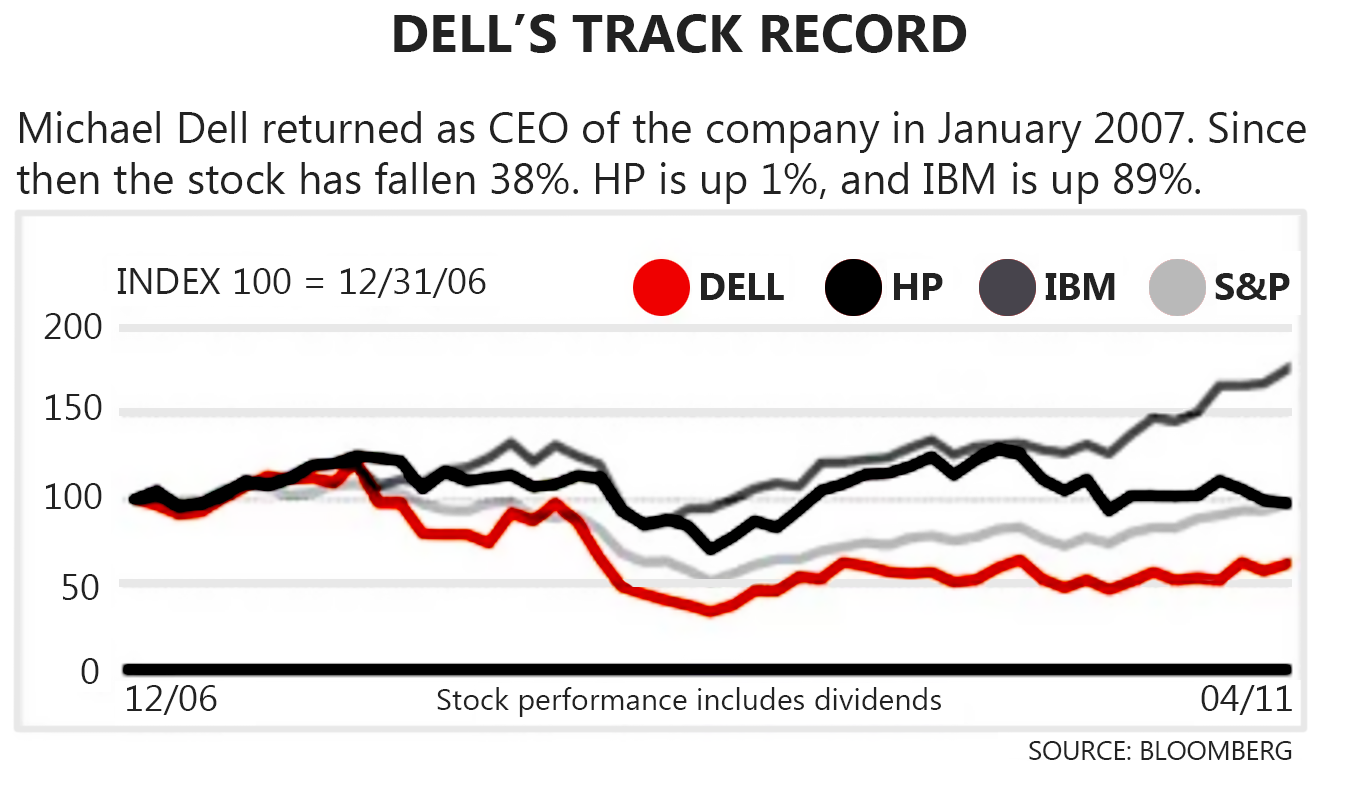 As is very much clear from the above graphical record, just after when Michael returned as CEO, the stock has fallen by 38%, where HP and IBM have increased.

Well, it was Dell’s risk-averse management style which led to the failure to find out the key trends including growth of gadgets like mobile phones and tablets. Although, Michael’s innovations were more of a business model centric, yet he failed to manage technological breakthroughs.

In fact, his company does not get involved in churning out patents and inventions. While tech-giants like Apple spends 3% of sales on research, HP around 2%, in contrast to it, Dell spends about 1% of its revenue on R&D. [3]

Shaw Wu, an analyst at Sterne Agee says about Dell, “It won’t be destroyed, but it needs to take more aggressive steps or remain a small player that doesn’t grow that much”

What makes GE so great? 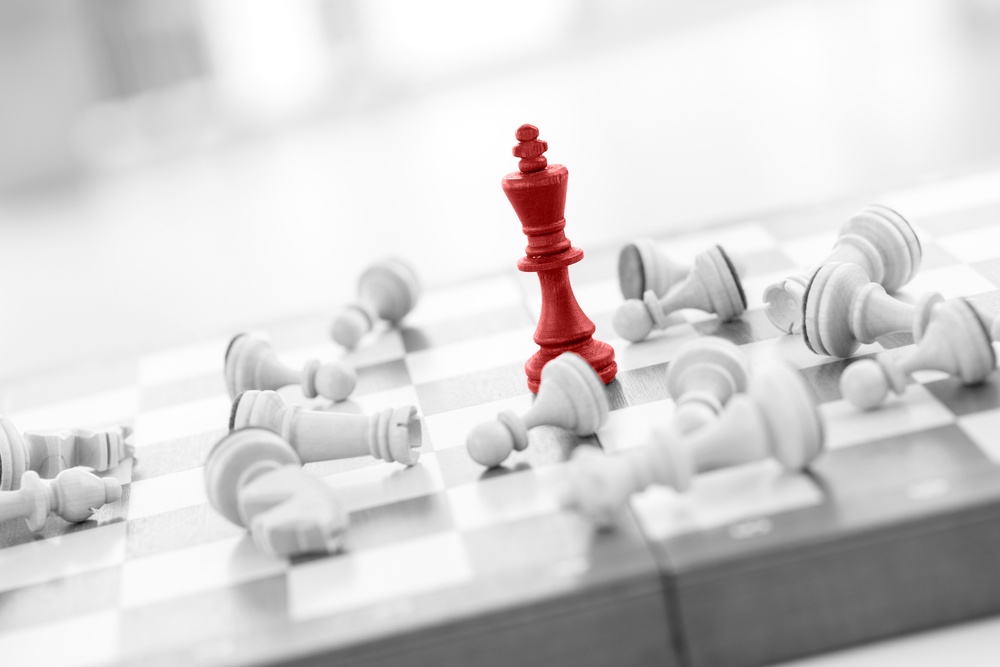 Let’s go through the other example of General Electric which turned up to be the most admired company in America. It isn’t the most profitable company, not the fastest growing one or the most valuable. Yet, it ranks at top positions in the “most respected” survey, The Financial Times.

You might be wondering if we’ve inculcated some GE bias- Nope. To achieve these heights, GE, on a frequent basis does things the rest only wish they could.

Right from the starting, under Charles Coffin, who drove the firm from 1892 to 1912, GE set standards of organizational outline that would control large companies– most importantly, the possibility that the organization’s most critical item was not lights or transformers but rather managerial talent.

The following leaders after Charles followed the same pattern all the time. Jeff Immelt, who was selected as GE’s CO in 2000 says about their employees, “They have an ability to live in the moment and not be burdened by the past, which is extremely important.”

GE does one huger thing: develop individuals, assess them, and follow up on the outcomes. The organization takes a great deal for disposing of the bottom 10% of its employees consistently per year, yet that is just the end purpose of a procedure of steady evaluation. The fired ones are not astonished when the situation arrives. What’s more, the outcome is an extraordinary high-performing organization.

According to McLean & Company’s HR Trends Survey, 55% of business respondents and 60% of HR respondents name ‘Develop leaders in the organization’ as a top priority. 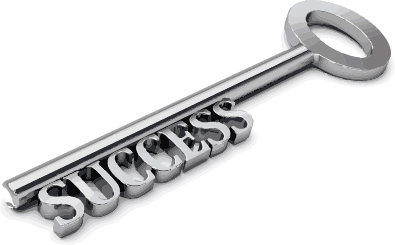 The reasons like being extremely customer-centric, large of focus on developing talent, always looking into the future and all others factors that only a good leader could think of and amend, made GE the most dominant among other U.S. companies.

Modern organizations are developing quickly. Leadership Development is the key to all such issues. Invest in your leaders before it is too late. Identify the correct regions of improvement through scientifically validated tools.

HiPo Identification- A Must for Organizations

As indicated by McKinsey, not more than 33% of major organizations would survive the wave in the following 25 years to come. [4] This involves the squeezing requirement for organizations to rebuild themselves into a 21st century enterprise and Ready for Tomorrow. It requests of them to predict market opportunities and continually put resources into the improvement of ability who can reap its potential.

On a broader side, this requires professionals who need to be multi-skilled and extremely good at collaboration in this increasingly diverse work ecosystem. He/she needs to be better at providing the customers a unique experience. In short, this is expecting a lot form an employee.

Well, all the required competencies aligned to the business objectives are present in the existing employees. All that is needed is to explore and identify them, hence providing them the required training.

High Potential Identification isn’t that tough. There exist companies which provide a full-fledged system to identify high potential, henceforth train and develop them.

You’d love to read this, if in search for everything about HiPo Identification and the approach to it. 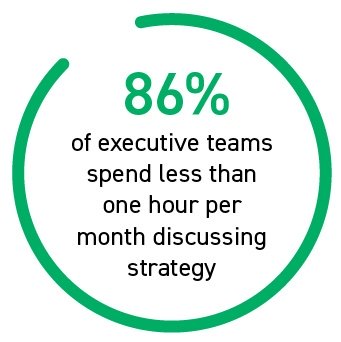 However, if you do not focus on the opportunity to recognize what’s most important to your organization, then it’ll just lead to under performance and the consequences will include involvement with things that are apparently not important to the organizational growth. 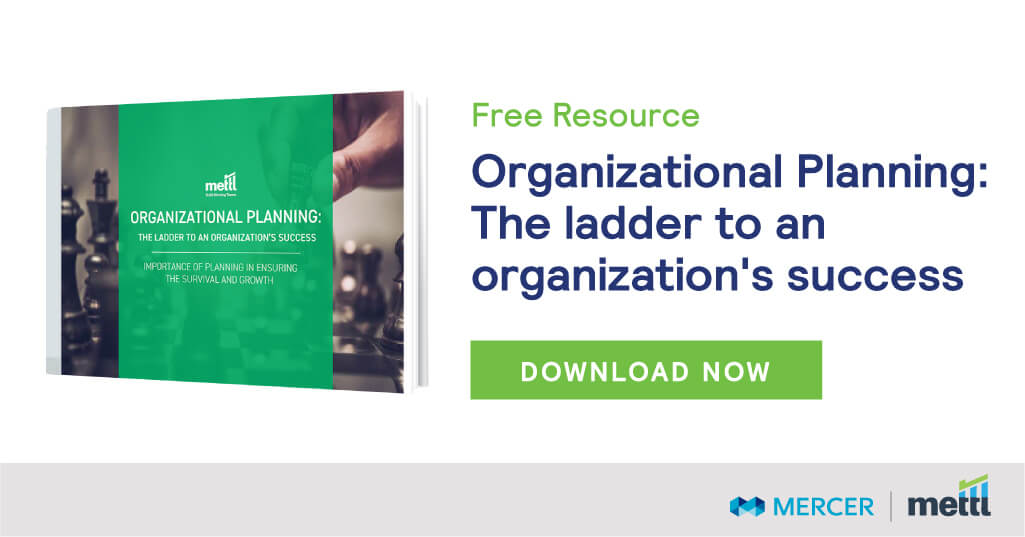 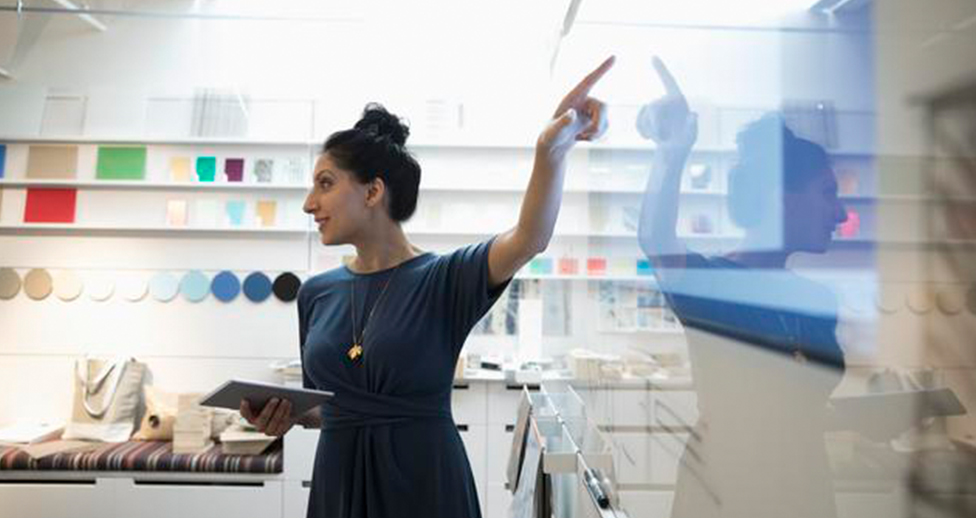 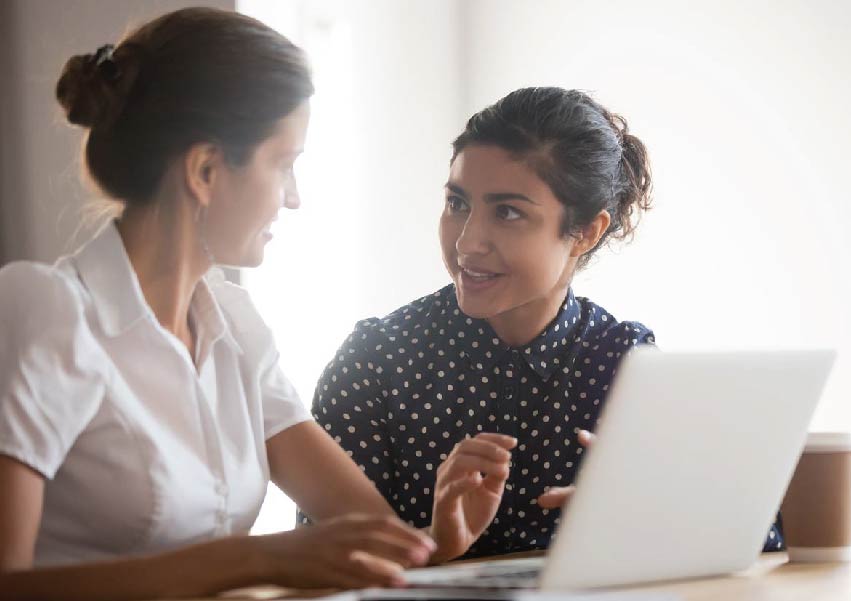 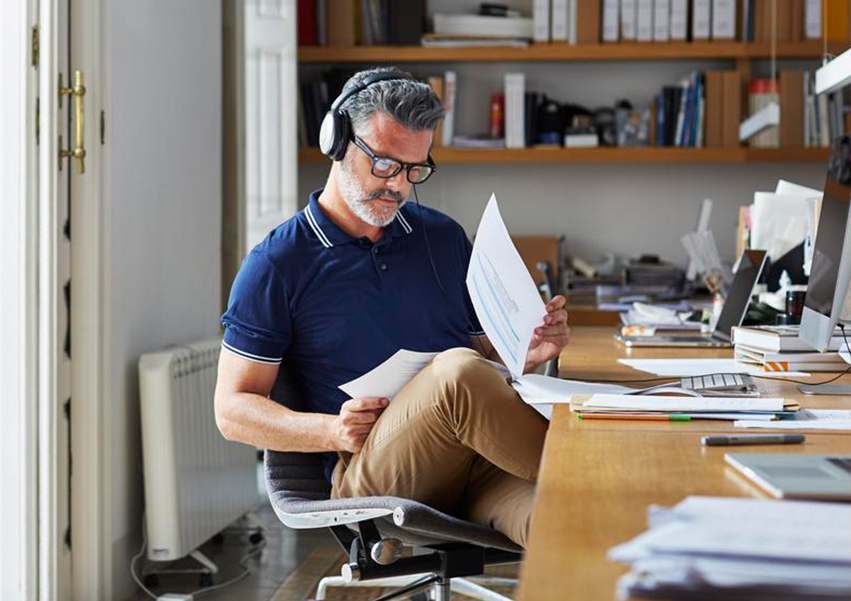 What are the Types of Succession Planning?