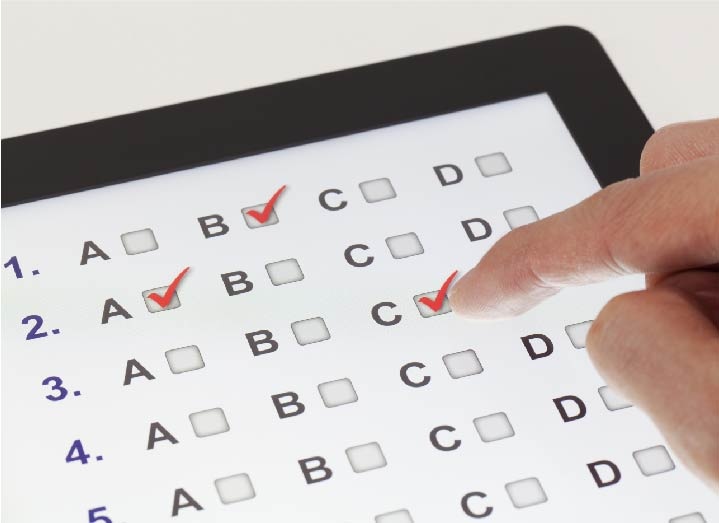 Technological Edge of Computer Based Tests

What are Computer-Based Tests (CBTs)?

Computer-based tests today is the method of assessments via the computer, replacing the traditional method of pencil and paper. Computer-based tests have currently become popular, and many organisations have started adopting this technology to their respective systems. This had made delivery of large scale tests faster and more efficient. In fact, many testing and assessment platforms or online programs offer computer-based tests primarily.

Today, this is considered the standard form of test delivery. This has made testing programs more feasible for licensing, administration, and certification purposes. According to Prometric, “computer-based testing (CBT) is an efficient way to provide a secure, consistent environment for certification and licensure while significantly enhancing the candidate experience.”

Along with its success, computer-based tests also come with some glitches. There have been blunders and even doubts along the way, regarding its efficient delivery of, as compared to the manual process of taking tests.

Numerous questions were raised regarding the security of computer-based tests, its psychometric quality, and the reliability of the test’s delivery. There have also been problems related to access to its testing centres or platforms.

There have also been complaints about the adverse effects of the weather on such technologies and other testing biases. Additionally, computer-based tests come with a hefty price tag; they more expensive as compared to manual testing methods, because of the extensive use of advanced technology to run it.

The increased demand for computer-based tests has put an enormous toll on developers, constantly prompting them to speed up and produce results, to heighten security measures. While doing so, they are also expected to maintain the speed and reliability of testing procedures.

Computer-based tests are said to be tailor-fit to those who are technologically savvy or are comfortable with using computers rather than with the traditional pencil and paper mode of testing. But, this can be a liability for some people who are not so proficient with handling computers.

Advantages of Computer Based Tests

Some of the most common technological edge or advantages of computer-based tests are as follows:

The security and reliability offered by computer-based tests which Mettl provides clients is what makes people more confident with the system. Computer-based tests or also referred to as Computerised Adaptive Tests (CATs) have come a long way. This was the end-product of years of research by a pool of psychometricians and IT specialists.

Many major testing facilities have incorporated computer-based testing programs in their organisations and from a scholar’s standpoint; this is taking a large-scale paradigm shift as far as the testing industry is concerned. Continuous research and testing shape the future of computer-based tests.

This may not be a perfect system altogether but is far better than its manual counterpart regarding speed, reliability, accuracy, and security. These are primarily the key factors that make computer-based tests the stronger route as compared to other methods known so far. Program research and other empirical studies are being conducted to improve the system of computer-based tests further.

The extensive use of computer-based tests in all the main industries also urged psychometricians and IT experts alike to ensure that test results are accurate, fair, and reliable. The growth has been analogous, as experts would put it.

This also increased the challenge and demanded from psychometricians and large assessment platforms like Mettl to ensure that the evaluation models and modules are free from contamination and that these programs are well-calibrated and operate smoothly and seamlessly. The extensive simulation and exposure to different stimulus make computer-based tests the assessment instrument of today and the future.