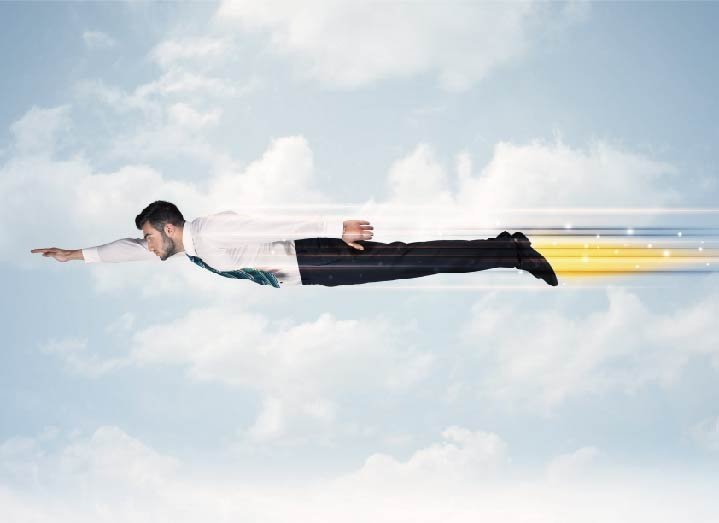 The Dynamic Market & The Fly: How are you Swatting?

The market is much like time or technology, progressive. But unlike its more neutral siblings, is of a fickler nature. It loves to mock at our despair, gracing the chosen few with just the right space for progress. Some understand the shift; some don’t.

Organizations in several industries have lost their foothold in as less as four quarters, some even drowning out into oblivion. Of course, many continue to survive, while rare outliers thrive to reign as kings among the competition.

For example, Infosys made a move to have their workforce trained in “Design Thinking.” Wipro reskilled their employees to write code on and for the cloud. The Tata Group now drives 10% of its revenues through consulting in the form of Tata Consulting Services. All this is merely four quarters.

But this is the adapt part of things. Let’s dwell into something darker, something about a once powerful force that perished under the weight of dynamic market space.

In September 2013, Nokia announced that they had been acquired by Microsoft. At the time, Nokia’s CEO Stephen Elop famously ended his speech with the words, “We did nothing wrong, but somehow, we lost.”

This bordered on unfortunate humiliation, especially for a company that used to own a large portion of the smartphone market share before the emergence of the iPhone in 2007. Nokia missed out on the learning and changing, and thereby missed the opportunity to earn big money. In grim words, they lost their chance of survival.

The advantage of yesterday will always be replaced by the trends of tomorrow. To change and improve is to obtain a second chance; to be forced to change is to be discarded. The matter is simple – swat the market fly or let it escape, inadvertently becoming redundant and irrelevant to the industry.

Long before making the leap, the fly calculates the location of the threat.

Long before making the leap, the fly calculates the location of the threat, works out an escape plan and positions its legs for a jump in the safest direction; not many chances to attack the fly.

In such situations, innovation is the only way to stay on par with the market movement. Then again, there are two ways to the same approach – one radically different from the other.

There’s the part about incremental innovation, which is not about huge sweeping changes. In fact, firms that innovate incrementally tend to do so just a little at a time. It’s akin to studying the fly, its patterns and behavior for a risk-free, yet suitably effective attack.

Yes, incremental innovation is popular because of reduced risk in comparison to its disruptive sister. An example of note here is Google’s release of Gmail, heralded by many as the finest internet mail service of today.

When launched, it possessed a limited feature set but did do one thing spectacularly – deliver emails. Unlike competitors, the interface was clean and easy to use. Over time, Google released improved features to make the service better, faster, and easier to use. It was only years later that Gmail was exempt from its beta tag, but improvements continue to take place to this day.

Benefits of this approach include:

1. Continued relevance to the consumer,

2. Business or product remains competitive, and

This likens to trapping the fly without means to slaughter it. Incremental innovation is hard to go wrong with, primarily because by either reducing costs or improving the product, there is nothing dramatic the market can reject. At worst, the market fails to respond to your change, while at best, you see a huge increase in sales, popularity, and your brand.

On the flip side, there is disruptive innovation – something one could easily explain using Virgin as an example. With over two hundred separate businesses under their umbrella, the firm is beyond massive and wild with their corporate strategy. After all, how many companies can you name with divisions in gaming, mobile, planes, music, wine, and more?

In the business world, this is a strategy of radical diversification – a disruptive model of innovation so extreme that the company could stand unscathed if an entire industry collapsed overnight, even. They stand unique also in a different regard, by the manner of which they hybridize their strategies to innovate – to be disruptive with their offerings, but incremental in how they push it to the market.

Why swat the fly when it hardly bothers you?

However, a purer form of disruptive innovation comes in the form of something known as “Blue Ocean Strategy.” The theory involves not fighting the competition but circumventing it. In other words, why fight for market share, when you can step aside and create your own? A form of innovation immune to the fly, indeed.

Nevertheless, Blue Ocean Strategy is of a difficult nature, to say the least, an idea where even conceptualization is in need of herculean effort. In the last 30 years, a clear majority of strategy revolved around the competition, not venturing into new market share.

We could look at the New York Times for a good parting note, one of the most prestigious newspapers in the entire world. It is indeed their modus operandi to take information to the consumer. Why did they not ideate on the creation of Google? After all, the mission statement of both companies is identical.

Yes, the world would be quite different if the New York Times had created Google. It could, in fact, teach to not sit on laurels and completely pass on disruptive innovation. But, at the end of the day, how best to swat the market fly is a question best answered by oneself.