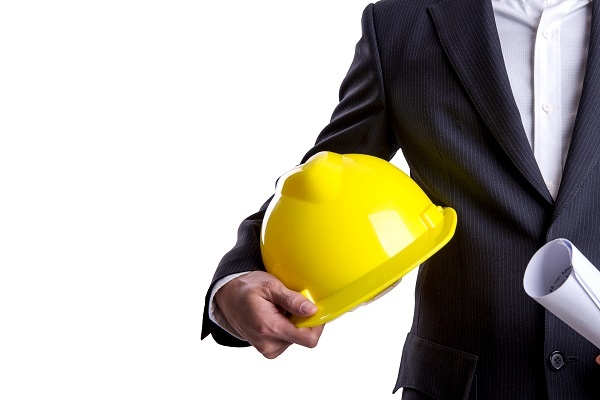 Employee Behavior is Driven by Their Personality Traits

The reason being, one bad employee can cause much more harm, than the benefit that a good employee can deliver. A bad leader can completely destroy the work culture and distort the team dynamics in irreparable ways. Even a great leader would not be able to undo the damage that a bad leader inflicts completely.

So what makes a hire behave in a counterproductive manner. What makes a leader bad?

To understand why some employees tend to behave in a manner that is not constructive, we first need to acquaint ourselves with ‘ dark personality traits.’

Predominantly, there are three dark traits (known as the dark triad):

Methods and frameworks to identify dark traits have been in existence for ages, such as the dark triad. However, their applicability in workplaces is limited. They act more like self-awareness tool.

In order to address the issue of workplace harassment and counterproductive behavior, we decided to create a dark personality inventory consisting of 6 dark traits, to measure the Dark Side Personality Constructs. The 6 traits of the Mettl Dark Personality Inventory (MDPI) are Opportunism, Insensitivity, Self-Obsession, Thrill-Seeking, Temperamental, and Impulsiveness. 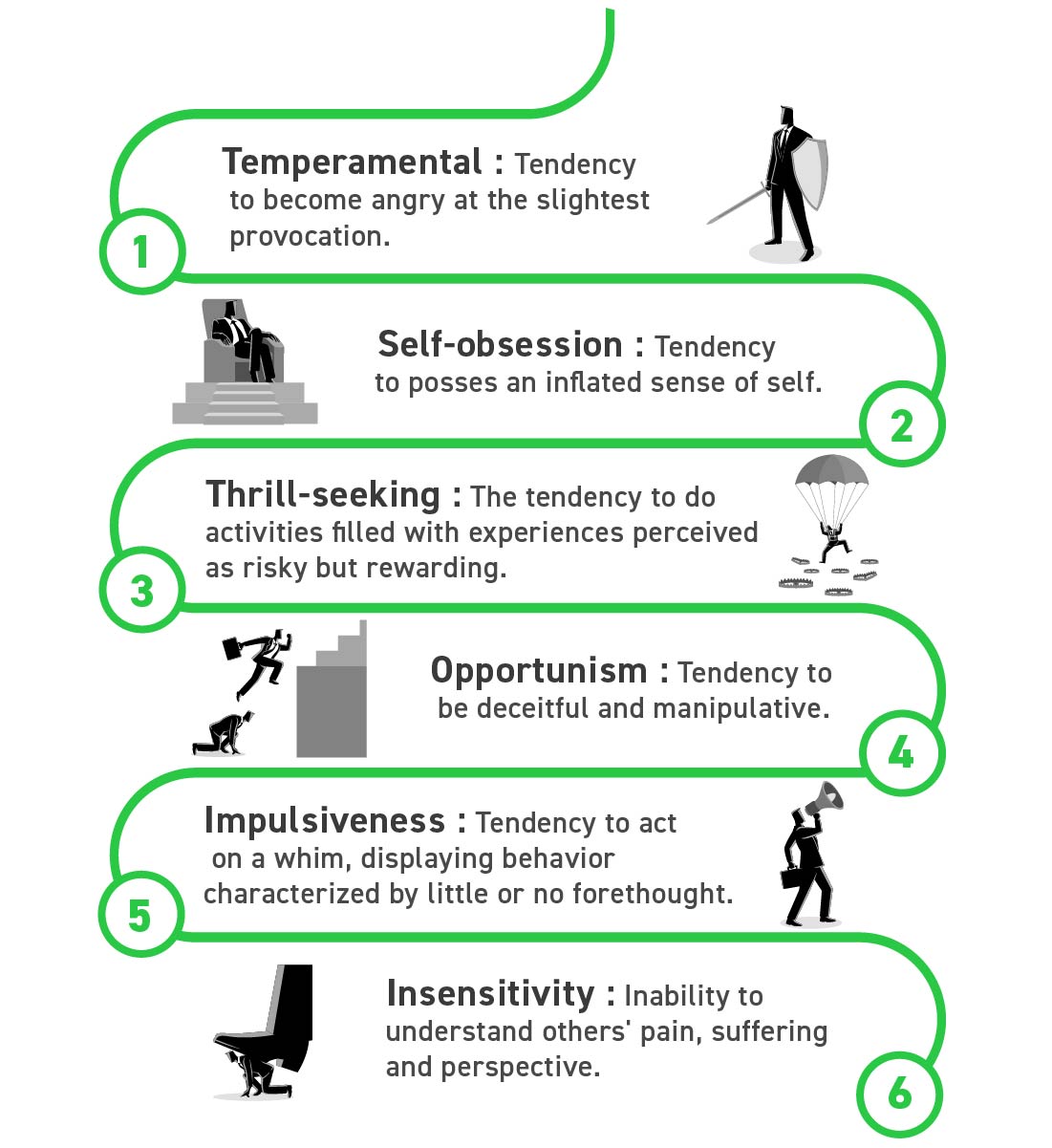 This trait inventory can be used to assess the predominant dark personality traits of a person. It also tells us if the trait is present at low, moderate, or high levels. Usually, a dark trait is a cause of concern at moderate to high levels only.

Additionally, we have created 3 variants of each dark trait. E.g., Opportunistic has three variants- ambitious, competitive, and greedy. Depending upon the job role and job industry, different variants of a dark trait can surface. Each variant will lead to a different behavioral outcome after getting triggered, based on the level of dark trait present.

Each dark trait can manifest itself in two ways: bright and dark. This is how people with dark traits use them to their own advantage and other’s disadvantage. Each dark trait is a source of strength for the person carrying it and a bane for people around them.

Counterproductive Behavior in the Workplace

In an organizational setting, the strength and weaknesses of an employee are gauged on parameters that span beyond individual performance. Although the primary contribution of an employee is measured in terms of how much he/she contributed towards organizational development and productivity, their behavioral inputs towards creating a healthy, happy, safe, and productive work culture is an employee’s most crucial responsibility.

“The cost of a bad hire is always extensive. Most companies don’t know the full cost of the turnover, so they don’t apply the resources upfront to avoid it. If you make a bad hire, there is a ripple effect among all who work for you, your product, and your product quality.”-Arte Nathan, founder of The Arte of Motivation, a human resources advisory service based in Las Vegas 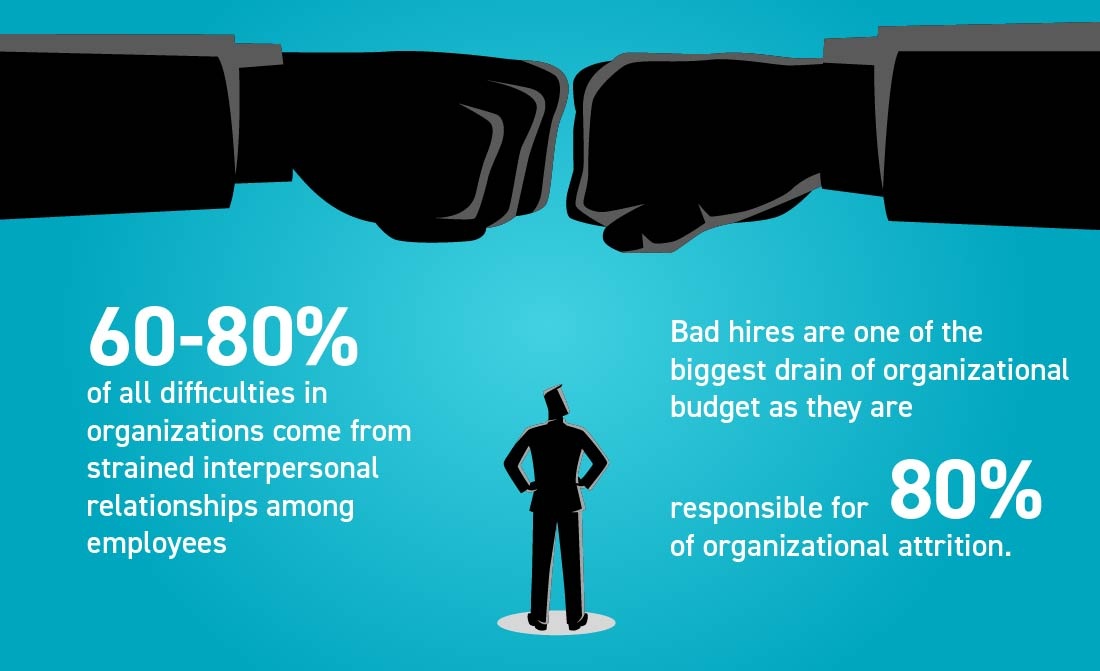 Workplace stress is a byproduct of Bad employee behavior or harassment

To understand the mechanism of how dark traits impact organizational productivity, it’s important to connect the dots between Harassment and stress. Stress is a direct result of bad behavior or harassment, which has its root in dark traits. Stress is also the single biggest productivity killer in an organization. Furthermore, the harm that stress causes go beyond company performance; it endangers employee health and safety. 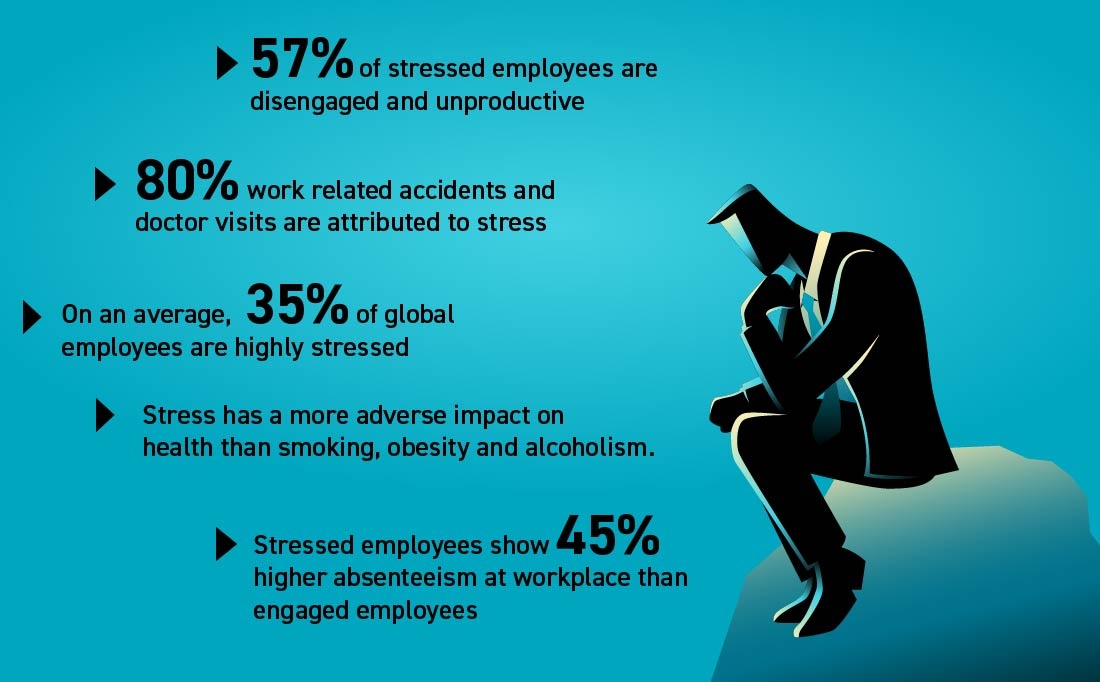 In leadership positions, these traits get amplified and cause damage on a wider scale as the parameter of power and influence is larger. Their impact spans beyond work culture and organizational productivity to distort the company’s reputation.

Dark traits cause leadership failure. Their identification and assessment during the leadership development process are crucial to avoid major organizational mishaps. 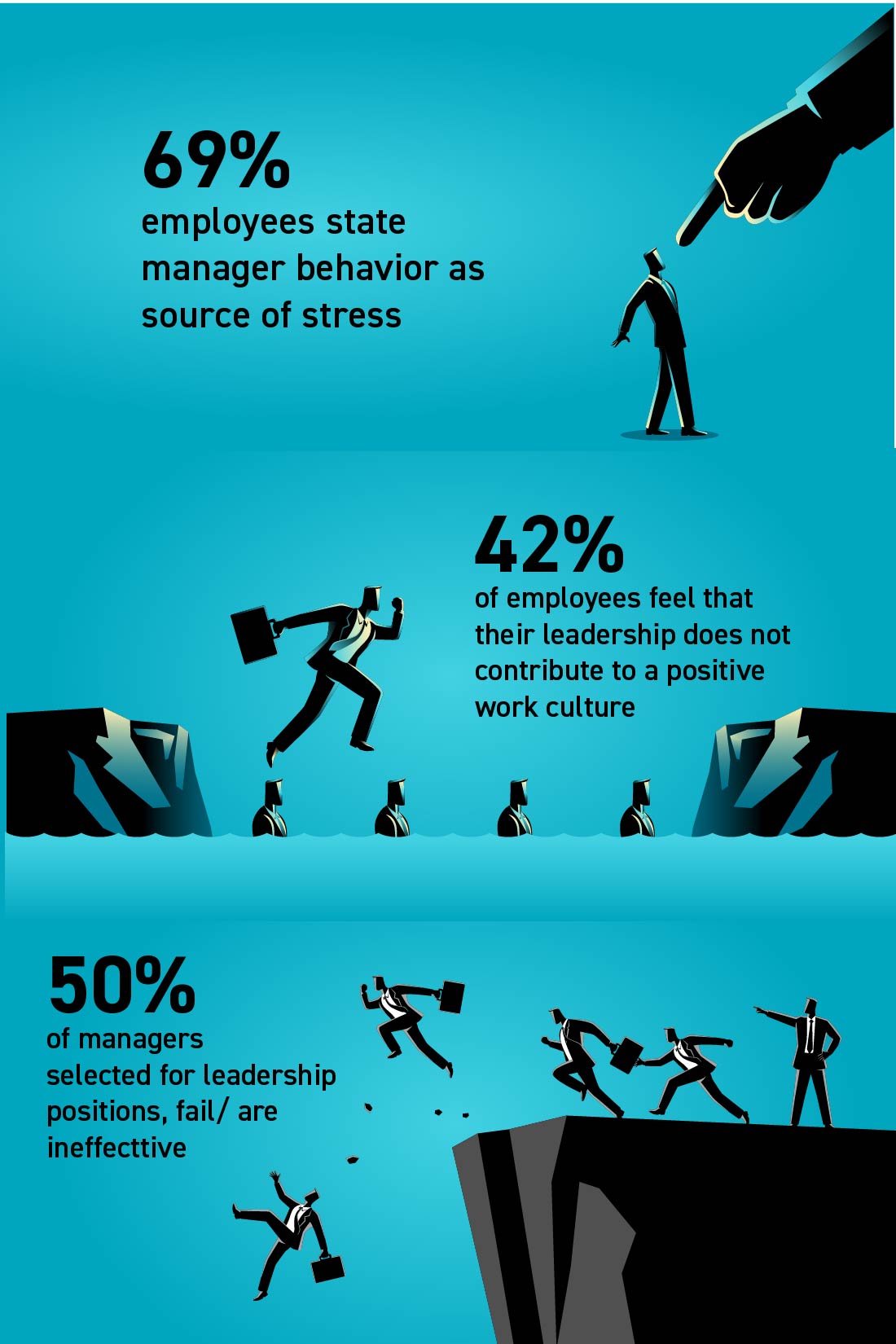 Dark Traits Threaten the Safety of Customers and Work Culture

A workplace can be extra prone to triggering of dark traits if the employees are exposed to stressful situations very often, such as customer-facing roles or positions of high power and responsibility.

For example, the impact of dark traits is much more in blue color jobs as the employees have to deal with customers at all times, which is stressful. In industries like cab services, food delivery, or healthcare, the employees also hold power over the life of the customer. Because of all these factors, blue-collar jobs provide an environment conducive to triggering dark traits and hence, face a much higher number of distressing incidents than white-collar jobs.

In white-collar jobs, employees are exposed to the dark trait trigger factors less frequently, and the repercussions of triggering of dark traits are not as severe as blue-collar jobs.

After studying dark trait’s trigger factors, we decided to segregate industries and job roles into three categories, based on the number of trigger factors that they offer and the level of harm that triggering of dark traits can cause in these workplaces.

Curb the Impact of Dark Traits with the Right Tools

After becoming aware of the negative impact of dark traits and the workplaces that are most vulnerable to its impact, curbing their impact becomes an achievable possibility. There are many tools that can be used to nail down dark traits in people such as interviews, background checks, etc. None of them are foolproof as they do not have the capacity to identify employees who may turn out to be potentially dangerous in the future.

We conducted a survey of 1900 working people to understand their take on dark traits and ways to curb them. Here’s what we found- 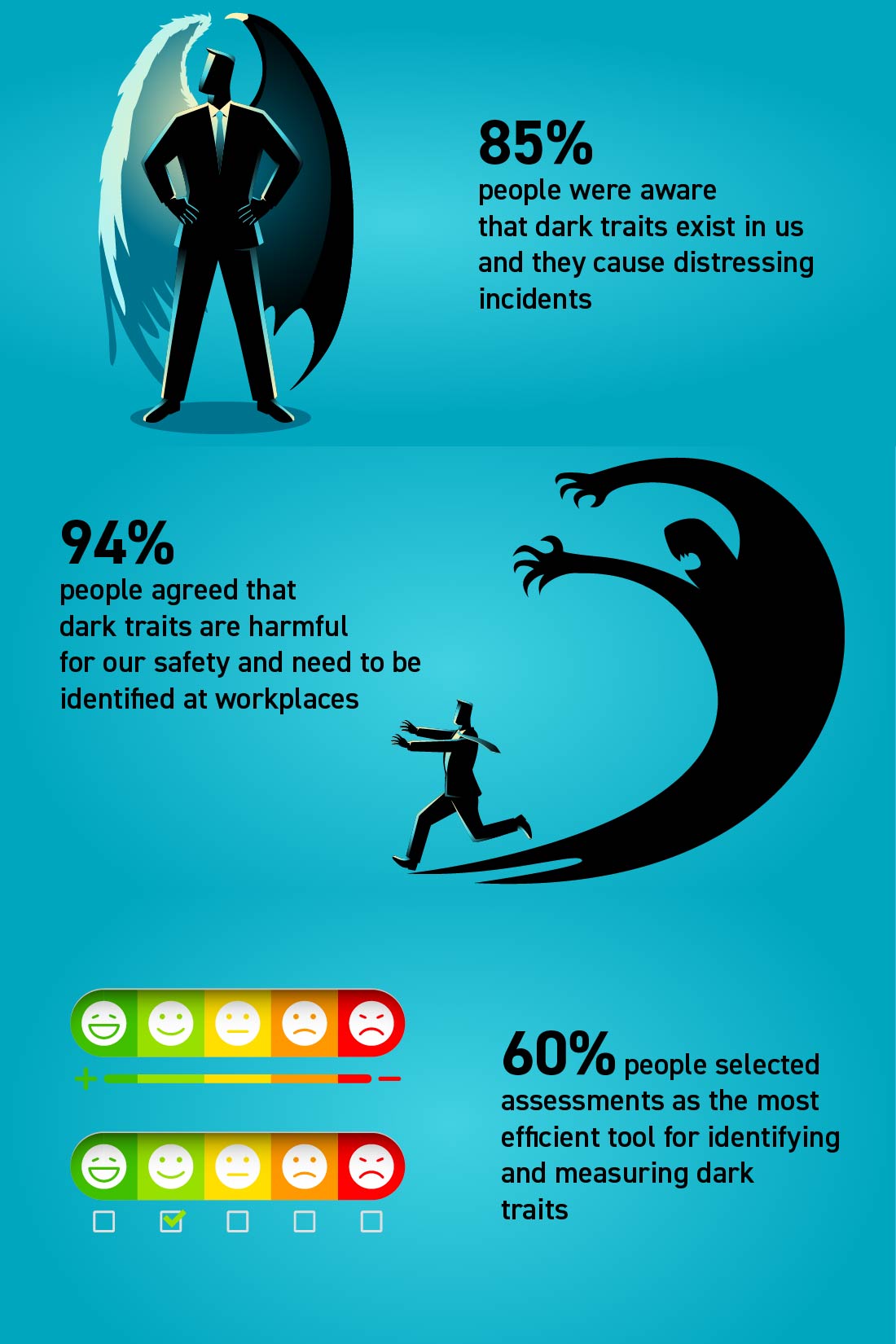 By identifying the predominant dark traits present in an employee or potential hire, it’s possible to forecast their behavior on the job. By doing so, unwanted or counterproductive events can be avoided. The magic tool for creating a nonstressful, harassment & accident-free, employee & customer friendly and productivity conducive environment is-Dark Personality Assessment.

Click Below to Download our Whitepaper ‘Uncovering The Dark Traits of Human Personality‘ to Understand and Curb the Impact of Dark Traits at your Workplace. 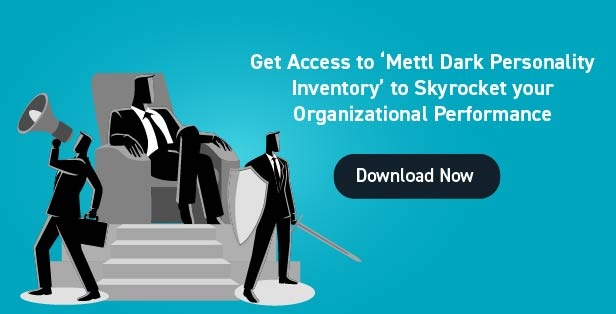