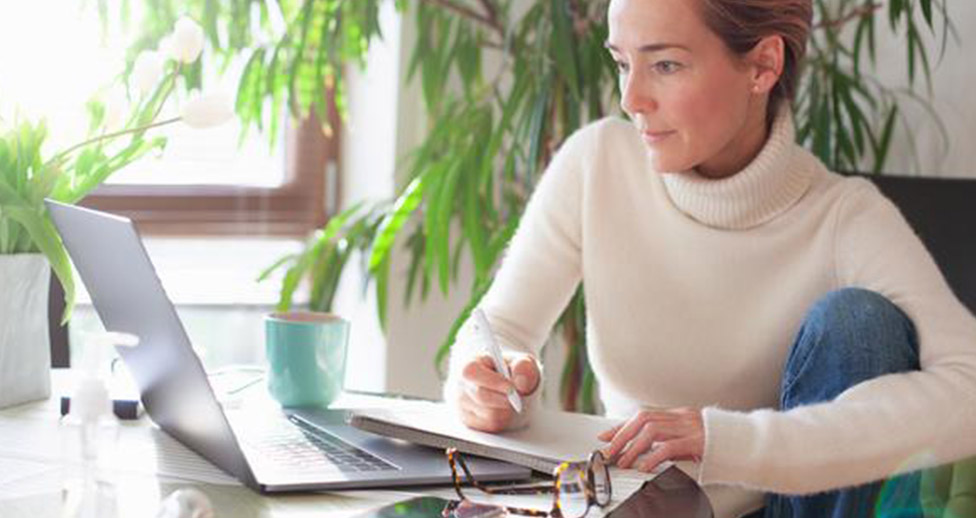 Hiring a Full-Stack Developer: Here’s What You Should Know Before Hiring One

For the longest time, developers were expected to either work on the design, which is front-end or coding, which is back-end and cross-discipline roles. However, as the technology stacks evolved, being restricted to excelling in merely one programming language didn’t excite passionate developers. The desire to hone new tools, languages, and protocols fuelled the need to gain an overview of technologies’ fundamentals in diverse software disciplines. Gradually, even companies started leveraging their services to reduce operational costs and efforts and obtain maximum productivity. The development process becomes efficient and less error-prone when one has a clear picture of every role with impacts, risk, and evaluation. These developers possess a broad skill set that helps companies reduce the project cost at various stages of software development.

A Full-Stack Developer and Its Role

Full-stack engineers are multi-skilled developers who address and discuss both aspects of the software development process. Their knowledge and understanding of languages, frameworks, and architecture are profoundly more expansive than other focussed developers. Whether it is proficiency in the front-end and back-end, database servers, Version Control System, or network and hosting environments, full-stack software engineers are team players with an end-to-end understanding of software development.

Full-stack engineers are often called unicorns due to their high demand. They are also sometimes referred to as T-shaped persons because of their overreaching skills set. Undoubtedly, full-stack engineers are masters of the tech world, but they aren’t predominantly tasked with building the software themselves. Sometimes, they oversee everything and guide the team, and often their services are restricted to only consultations. At times, they are a part of the team to monitor and ensure that the company mandate is adequately addressed during the production process.

What Is the Role of a Full-Stack Engineer?

As we mentioned earlier, the role of an ideal full-stack web developer varies, depending on organizational needs. There is no preferred paradigm. However, if we analyze from a software development team’s perspective, a full-stack software engineer’s role is relatively significant and holistic. They are the one-point contact that streamlines processes and fast-track development, right from ideation to deployment and beyond. A full-stack developer is involved in designing and developing the user interface using HTML, CSS, JavaScript, and frameworks and third-party libraries, such as AngularJS, jQuery, React to build an interactive front-end. They apply APIs and coding for various platforms. They work with the data team to make more intuitive products for usage. Maintaining quality and ensuring the responsiveness of applications is also a part of their profile. Optimizing existing systems by testing and fixing bugs is equally an essential part of a full-stack role. A full-stack software engineer develops the overall architecture considering every aspect of the product development cycle. They ensure scalable software solutions by using a range of technologies and languages to create various layers of the infrastructure.

Some of the most resourceful people in a software development company are full-stack engineers. The plethora of advantages they bring to a company or a project is phenomenal and game-changing. Their familiarity with the entire development cycle gives them complete ownership of the product. This means a company doesn’t have to look for someone else to find a solution to any given problem. Companies don’t even have to hire more people to work on one project. The smaller the team, the lesser is the time spent on work allocation, communication and discussions. Hence, the development is agile, done in lesser time, with minimal technical costs.

Concurrently, companies also prefer hiring full-stack developers because they remain updated with industry trends. They are continually upskilling themselves, which provides companies the needed edge to stay ahead of the competition. The more evolved the full-stack developer, the better they know about how they will be steering the company.

Challenges in Hiring a Full-Stack Developer

There is no ‘one-size-fits-all’ approach to assess a full-stack candidate. Since most hiring managers do not have a software background, they are at a disadvantage in understanding the baseline skills when hiring a full-stack developer. This leads to assessing a candidate’s competence without necessary probing, at times, leading to hiring an inept candidate. But, wrong hiring is only a minor facet of the problem. Companies face numerous challenges in hiring full-stack web developers.

Some of the vital issues include:

How to Hire a Full-Stack Web Developer

Did you know that the word “stack” refers to a combination of programming languages and technologies? These stacks are continually updating themselves. Therefore, it is not humanly possible for a full-stack developer to be well-versed with all programming languages and their many frameworks and libraries. Hence, full-stack development is revolutionizing new frameworks and tools.

Some Popular Stacks and Their Technologies Include: 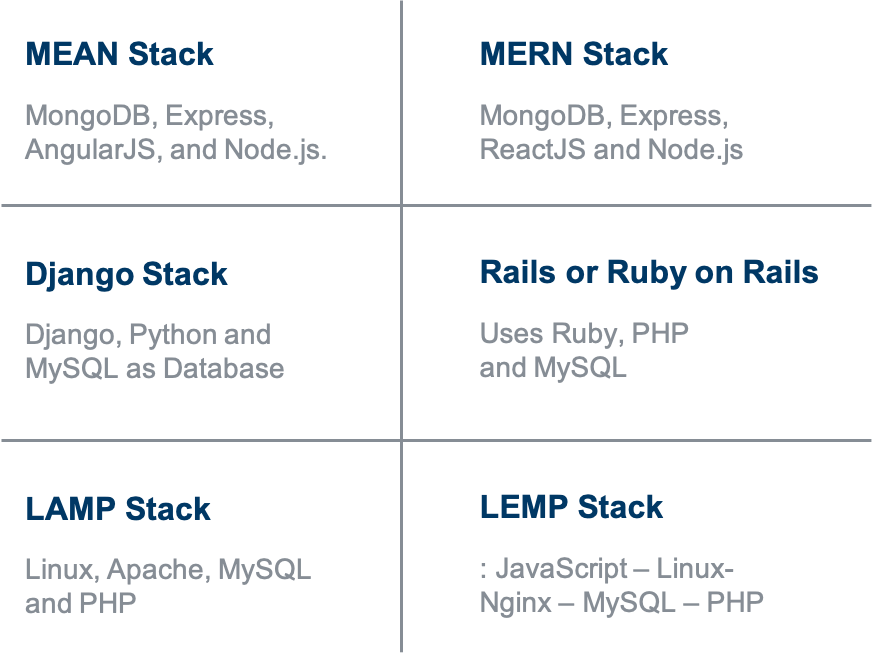 Top Skills A Full-Stack Developer Should Possess In 2020

In a nutshell, a full-stack developer should be familiar with each layer of a 3-tier model: 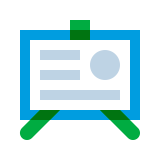 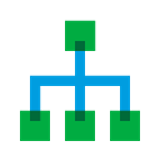 Though full-stack developers imbibe a wide variety of skills, these form the crux of their proficient potential:

c) Other Skills include

Trends in Full-Stack Development in 2020

Each year, updates and improvements in software and technologies keep the development team on its toes. After all, leveraging futuristic technologies is a crucial component for software companies that allow them to remain ahead in a digitally competitive world. The newer the trend, the more unique is the arena; faster is the adoption, the quicker is the growth.

This can only happen if your employees also stay abreast of various industry trends. They should be able to identify challenges and opportunities for businesses. Hence, it is highly advantageous for a full-stack developer to know what’s trending. 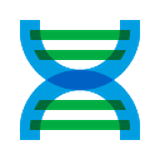 The next-gen technology, blockchain, has been beneficial in mitigating challenges concerning cybersecurity and network concerns. Blockchain has simplified complex extensions and driven developers towards a data-centric architecture. It has made the entire development process decentralized, distributed, secure, fast, and transparent. One can only begin to imagine the career graph’s trajectory of those who have mastered this technology. 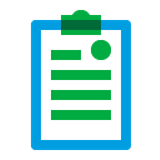 While a combination of several languages contributes to making an ideal full-stack developer, it is essential to recognize the critical languages and frameworks that set them apart. Currently, Javascript is undoubtedly the most powerful and popular programming language for developers. There is no surprise that its traction emanates from its viability for both front-end and back-end. Additionally, libraries, and frameworks, such as Node Js, React, .NET core, spring, are creating their niche by eliminating labor and adding value to software development. A full-stack software engineer must be updated with all niche and core frameworks and libraries of javascript to gain the upper hand in the market. And as a hiring manager, when you understand your developer’s level of exposure to different technologies, you get an accurate picture of their profile. 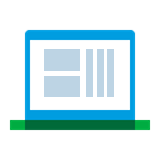 PWA is a brand new trend being leveraged by software companies to build native mobile apps as well as web apps. They are being adopted by organizations to boost the speed of delivery services without impacting business goals. Feather-light, efficient, responsive, seamless, interactive engagement and high conversion are how we best describe the advantages of knowing this top trend for application development. 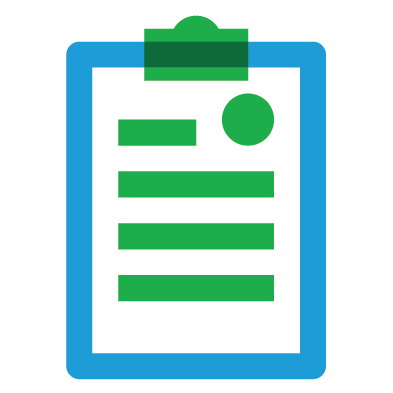 Ready to Use Pre-Build Tests

The quality and coverage of our technical questions are unmatched as we cover a vast array of roles and skills. A rich repository of 100,000+ technical questions for 300+ skills helps test a coder’s competency comprehensively at every level. You can choose from a set of readily-available standardized tests such as Java Full-Stack with MYSQL, Blockchain Quiz, and more, from our vast library of Programming Assessments. With a ready-to-use pre-build test set, assessing a coder’s skill helps save precious time. 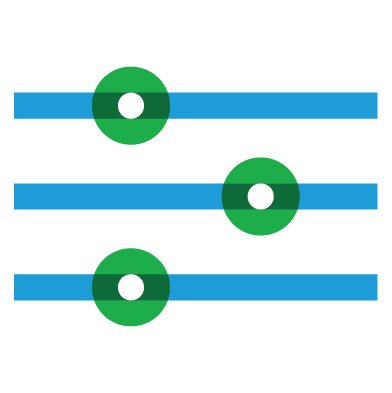 Customization at Each Level

If you are looking for something specific, our team of experts builds a customized assessment that is unique and can’t be found elsewhere. These tailor-made pre-hiring assessments are an ideal filtration process for exploring candidates’ desired skillsets without bias, not only for IQ skills but also for coding skills. Tailored solutions, matching organizational objectives with features and applications, are offered at every level to assist you in hiring an ideal full-stack developer. 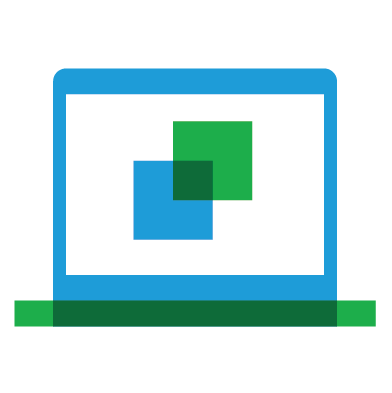 Mercer | Mettl offers a comprehensive list of simulators to evaluate a coder’s hands-on experience and capability for the desired role. They enable hirers to give a real project to a coder from a specific domain of software development and evaluate their knowledge and ability to solve a problem in any desired programming language. These real-world challenges provide a real sense of a candidate’s project building abilities.

This comprehensive simulator environment is available for

Evaluates candidates’ experience and capability to solve a problem in any desired programming language.

These simulators are highly-scalable, auto-graded, and designed to test the coding skills of students and working professionals. Our simulators support all popular technologies and enable creating language-agnostic questions. A complete auto-graded evaluation report provides a detailed code journey with a plagiarism detector. 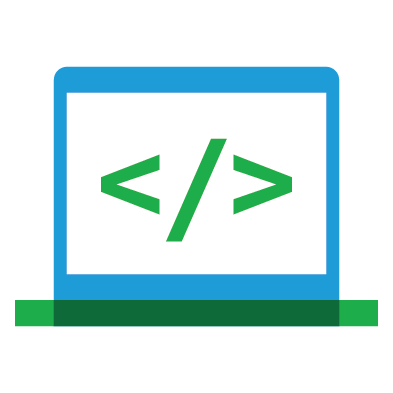 If you have an advanced requirement to assess candidates in a project-based coding environment, Mercer | Mettl is introducing a first-of-its-kind, all-in-one coding assessment platform to assess candidates on project-based, real-world tasks. This highly sophisticated and customizable tool with real-time, insightful reports and auto-evaluation of the code provides best-in-class integrated development environments (IDE) and programming tools to evaluate their proficiency levels. It caters to all major programming roles and supports the most diverse set of technologies. Major roles include:

Imagine hiring a developer who specializes in more than just one layer of the technology stack. The developer is not only able to effortlessly deploy trending technology, but their familiarity with other fundamentals of software development expedite the process and enhances the functionality of the product.

A significant boom in the software development industry signifies that the pace of technological progress is bound to be relentless. This will continue creating a soaring demand for full-stack developers by companies across industries. After all, their repertoire of skills is more valuable than ever, especially for various startups that have financial limitations yet a promising upsurge in digital transformation. Hiring a full-stack developer offers such enterprises with an upward trajectory.

Hence there is a promising future in full-stack development. Many experts and trend analysts envisage a dramatic shift in favor of full-stack developers. You just need to build a competitive and robust development portfolio, and you’ll have a much sought-after technical role befitting many organizations.

Shirisha has been helping countless brands gain traction with her content. Her deep understanding of the education sector and sound knowledge of technical skills have helped her structure the most creative solutions for key stakeholders. Shirisha has also ghosted pieces for several industry honcho’s successfully published both online and offline. When she's not keeping up with the world, you're sure to find her catching up on bollywood stories or gramming for fun. 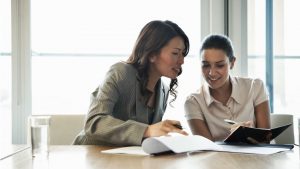 A guide to hiring JavaScript developer 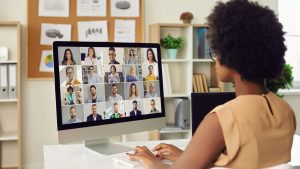 How to hire Python developers: A guide to efficient tech hiring