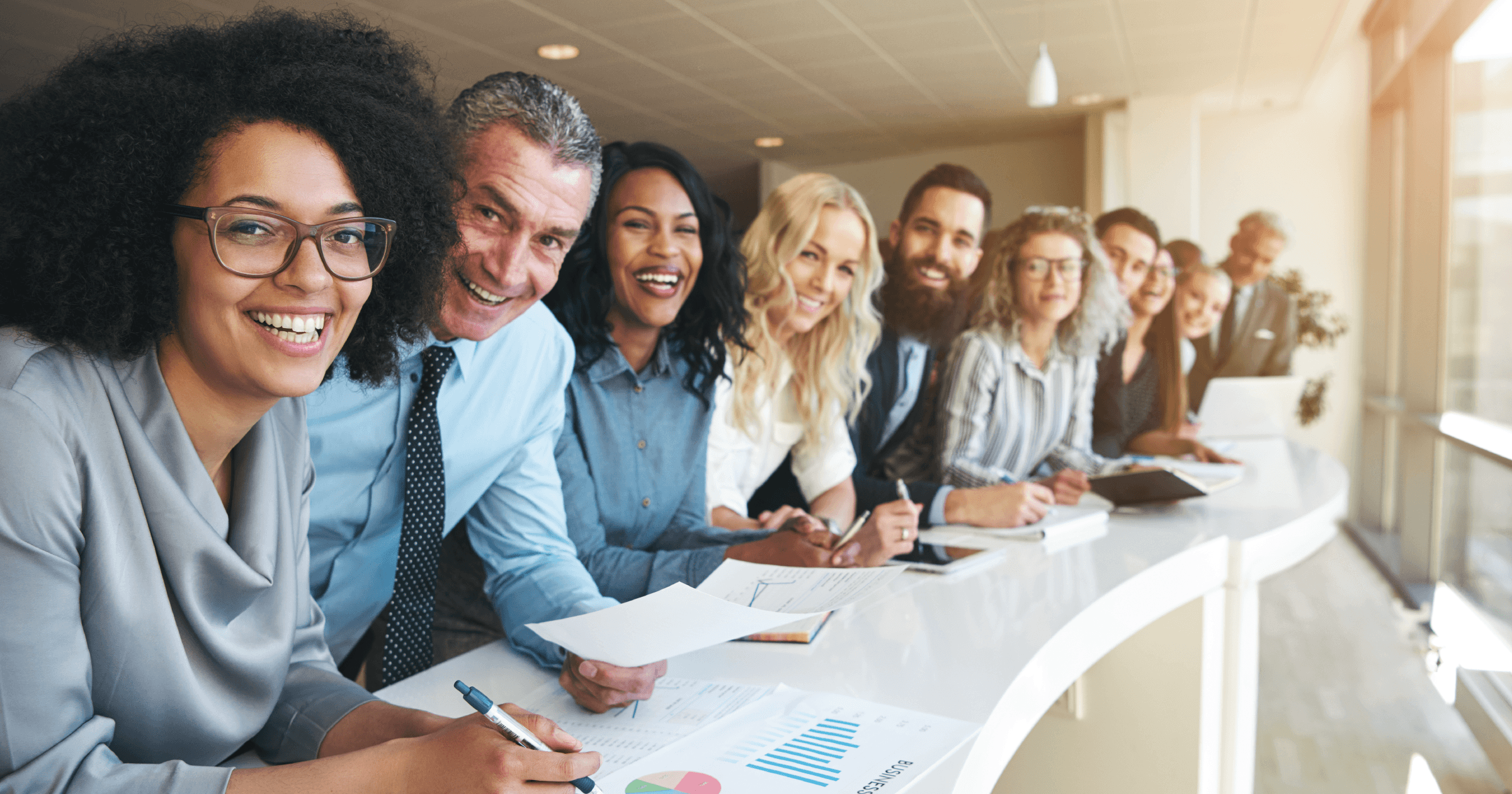 What Makes a Great Leader

A great leader has the ability to find a balance between virtues and skills. They are not only focused on their work, but also have a vision for the future, the courage to experiment, excellent decision-making skills, high learning agility, and the ability to adapt according to the environment and situations. They plan things strategically and believe in co-operation when it comes to team-building. Moreover, personality traits play a major role to make them successful leaders.

Though different leaders have different leadership styles to build and run an effective business, certain personality traits should be universal and present in every leader. Self-awareness, determination, self-discipline, perseverance, empathy, enthusiasm, knowledge, endurance and proactiveness are some of the examples of common personality traits.

Why Businesses Cripple Without Great Leaders

Around 83% of organizations feel that it is important to develop leaders at all levels. The reason behind this is that they are extremely effective in meeting business goals and thriving company’s culture.

However, the case is entirely different for businesses that do not have the right leaders. Such businesses are unable to sustain and stand alone in the competitive market.

As it is said, “Businesses don’t fail, leaders do” is actually the reality.

Leaders are one who can thrive or diminish the business. Poor leadership, on the other hand, leads to: 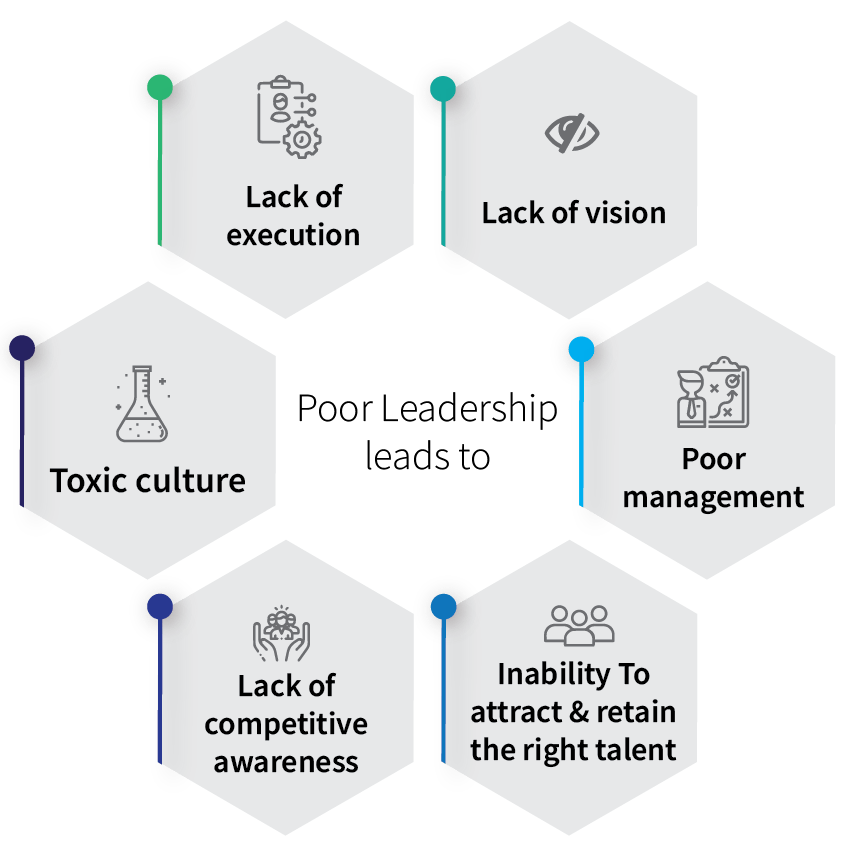 If we take examples of companies like Apple, Reddit, FedEx, and Airbnb who are known to all of us, also experienced hardships before finally turning a corner and gaining a surge in popularity and revenue.

To get good leaders, it becomes important to identify people with refined leadership skills and bright personality traits so that they can lead their employees and business in the right direction. All you need to do is assess them before giving them the power and authority to build and run a business.

How to Assess Leaders

The simplest way to assess them is by creating psychometric assessments to identify their leadership personality traits, evaluate their personality and predict their behavior in different situations.

Let’s discuss in detail about some of the behavior driven by the bright personality traits that shaped five extraordinary leaders.

Vision for the Future

Being a visionary means to understand the changes taking place around you and having the ability to look into the company’s future that benefits the organization in the long run. For that to happen, leaders should be confident, full of enthusiasm, optimistic, and capable of inspiring those around them. They should know how to incorporate new approaches and manage the changes during their growth phase soon after stability.

Ability to Use Power and Authority in the Right Direction

Power and authority are such traits that can either enhance an individual’s personality or bring them down in no time, if not used correctly. Effective leaders have the ability to use them in the right direction without overwhelming and overburdening employees. They become more efficient and productive when it comes to making appropriate decisions. They appreciate and encourage employees keeping in mind the objectives of the organization.

Set Clear Goals and Believe in Achieving Them

Setting goals according to the company’s objective keeping in mind the employees’ productivity and efficiency, is a daunting task. Extraordinary leaders, on the other hand,  have the ability to set clear goals, radiate enthusiasm among employees and believe in achieving their objectives even if they have to go the extra mile. They don’t give up, instead, they are patient enough to get a positive outcome.

Exceptional leaders know how to use their strengths to adapt to sudden changes and seize the opportunities crossing their paths. They are always curious and willing to know about new things be it technology, business strategies, and trends. They seek out experiences to learn from them and enjoy resolving the challenges and complex problems associated with them. Also, they are always determined to push themselves and others forward.

This refers to the person’s ability to remain constant, calm, stable and balanced during the good and bad times. They do not experience negative feelings easily. However, this doesn’t mean that they are full of positive feelings but they know well how to deal with their emotions in different situations.

Here are five impactful leaders of all time who achieved this success because of their personality traits, discussed above. Let’s have a look:

Warren Buffet also is known as the “Oracle of Omaha” is one of the most successful investors and owns more than 60 companies. He believes in charity and donates around 99% of his fortune to such foundations.

It wasn’t an easy journey though. Although he made some investing mistakes, business losses and failures, yet, it was his emotional stability, being patient while making business decisions, and setting clear goals that thrived him to become a successful billionaire.

Elon Musk, an investor, engineer, and business magnate owns businesses such as Tesla, SpaceX, PayPal and Neuralink haven’t achieved this in a day.

His personality and the intended behavior towards several different occasions and situations made him the person he is. His intense ambition, desire to achieve, self-confidence, and immaculate planning helped him become successful and the fourth richest person in the world.

However, very few people know his history regarding the challenges he had faced in the past when he was handing both Tesla and SpaceX together. Despite facing challenges such as economic collapse, broken down cars, and failed rockets, he was able to achieve success due to his bright personality traits.

Jeff Bezos is the founder of Amazon, one of the biggest online retail stores. He’s an American technology entrepreneur, philanthropist, and investor with a net worth of more than $150 billion.

Gradually, his clear vision for the future, patience, and belief in the execution of a solid plan made him and his company the world’s richest person.

There was a time when their distribution system wasn’t exactly scientific. The company didn’t hold even a single inventory of its own and it took more than a week to deliver goods.

Yet he became successful due to his hard work, personality traits that he posses, and the strong desire of learning new technologies.

Jack Ma, the co-founder of Alibaba Group, which recently became one of the biggest IPO listings ever. He is known as one of the richest men of China and comes under the category of the wealthiest people in the world with a net worth of $38.6 billion.

Well, his journey has not been so fascinating as his image now. It was his attitude towards a lot of rejections he faced, embracing the challenges as part and parcel of life, that took him to this kind of success. Post Alibaba, for the first three years, the company made zero revenue.

Yet he became successful due to his amazing professional skills and personality traits such as having a clear vision for the future, focus, belief, and grit.

Every one of us uses Google almost every day in our lives. Well, the starting phase of Google wasn’t as smooth as it is now. Still, it stands at the top now. All this success was the result of Larry’s untiring hard-work and the agility to learn and implement new technologies.

Initially, Page and his co-workers rented a garage and three rooms of an apartment to conduct their experiments and to run their small Google office. Today, it has become a multinational technology company that specializes in Internet-driven services and products.

Interestingly, he did not stop here, now he is the CEO of Google’s parent company Alphabet Inc. and is seeking to deliver major advancements in a variety of other industries as well.

After going through this blog, you must have understood the importance of bright personality traits and how they helped normal people to become successful business leaders.

As a matter of fact, the human exhibited behavior is a function of a person’s bright side which churns out the strengths of an individual and the dark side which details out the derailers within a person which could be a threat to workplace culture and customer safety. Apart from these, human behavior also cognitive abilities which depict intelligence, problem-solving abilities, decision-making, and other such important aspects. All these are governed by some X-factors which include the values, principles, and motivations embedded inside an individual with his/her upbringing, conditioning or environmental factors.

So, if you too want your managers to become leaders, start assessing their bright personality traits, aptitude, and intelligence through psychometric tests. This way, you will be able to weigh their strengths and weaknesses and groom them eventually to get great business leaders.

“Leadership can be forced or contrived. It has to be your personality” !!