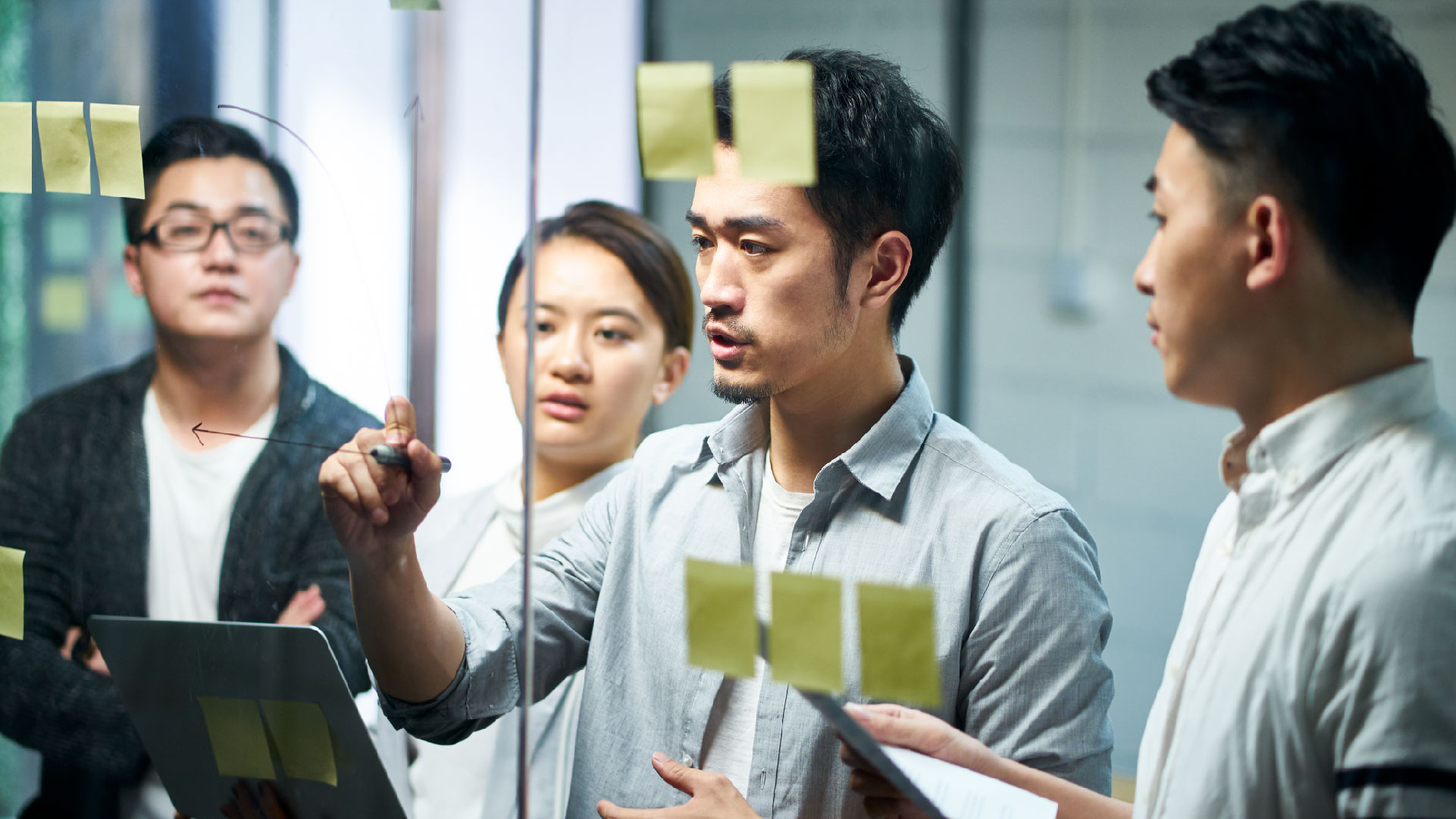 Recruitment strategies are vital in ensuring that you have the best talent for your needs. Whether you are an HR professional in an organization or an HR firm or recruitment agency, you need a carefully laid-out recruitment plan to fulfill your organization’s talent requirements. .

This blog highlights fifteen such strategies to help you strengthen your hiring approach.

What is a recruitment strategy?

A recruitment strategy is a clearly laid out talent-acquisition plan. It defines the approach toward attracting, identifying and hiring the best candidates to fill open positions in the organization, with the goal to achieve the organization’s objectives in the most competitive way.

Broadly categorized, there are three types of recruitment strategies:

This type of recruitment involves informing the public about the need for a role to be filled and waiting for an individual with a suitable profile to apply.

An outbound hiring strategy is one where an organization actively seeks out someone with the required skills and talents to execute a role. This method is often used for specialized roles or vacancies that need to be filled quickly.

Internal employee recruitment strategies involve finding someone with the desired skills and abilities within the organization and moving them into that role from their previous roles. More companies are now realizing the value of training their employees and ensuring they have the skills required to take up more responsibilities as they spend more time in the company.

The world of HR has changed vastly in a very short span of time. It has become imperative that HR professionals create more innovative recruitment methods to stay ahead of the competition.

Creative recruitment strategies can be the difference between getting good talent and great talent.

Employer branding has never been more important. Employers have to give serious consideration to how candidates perceive their brand. People don’t want to work with companies that are perceived to be doing something that would harm the environment or create potential negative effects.

People’s thoughts about an organization- whether they consider it an ideal workplace, how that organization adds value to their employees and the organization’s business reputation are all key parts of employer branding.

Maintaining a good employer brand is important to attract talent and retain them. 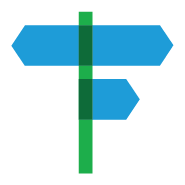 Here are a few tips to create a great employer brand:

Recruitment strategy plans have to be drawn out and executed based on data. Therefore, it is vital to invest in quality data-collection methods, analyses and reporting. This will determine exactly how effective current strategies are and lay down clear measurements of improvement.

It is crucial to use data across all your recruitment strategies, keep track of the data and use it to measure your success at regular intervals. This gives you the opportunity to reassess and make the required changes to your recruitment tactics if required.

Creating a talent pool is a simple and effective recruitment strategy. It does not involve an excessive additional burden on resources.

It can be very difficult to find the exact kind of talent and specialization you need at the right time. It often takes months to fill in such positions. Having a well-organized talent pool means that suitable, vetted candidates are easy to access.

This isn’t just a mere list of resumes. A talent pool is organized into the following:

Keep in mind, talent pools cannot be a data dump. The information has to be checked and rechecked at regular intervals to ensure that candidates’ information is up-to-date.

Here are a few tips to execute social media recruiting:

5. Shining the spotlight on employees

One of the best recruitment strategies is to let your employees say great things about your brand. Give them a chance to talk about your organization and let people know how happy they are to work for you.

When employees talk about an organization, candidates tend to build trust in that organization.

Employers and HR professionals should be aware that applicants nowadays spend a good amount of time researching the organizations they are applying to and what employees have to say about that organization has a huge impact on their decision to accept or turn down a role.

It is completely normal that employees move on in their careers at some point. This could be despite your best efforts to retain them. However, they continue to be an ideal fit for your open positions because they excelled at their jobs. At a later point, it is a smart idea to approach those employees with a fresh offer.

The advantage of hiring former employees is that you already know what they are good at and know exactly how to place them in the organization. They also bring in a wealth of experience, having worked at your organization and most likely for some of your competitors.

Former employees also tend to fit into former organizations rather well, since they already know what it is like to work there and have an idea of what is expected of them.

One major disadvantage may be that they could ask for compensation packages that are higher than you intend to pay. Hiring ex-employees instead of new hires could also impact diversity on the work floor if not done with care.

It has become the norm that every company has a well-created and thought-out careers page. It acts as a great medium to let people know about openings. It is strongly recommended that the page is used to showcase the company’s culture, mission and the benefits employees are likely to receive working there.

We discussed employee testimonials on social media. This is an equally great place to let people know what your employees think of you.

One of the recruitment strategies that cannot be ignored in this day and age is integrating HR functions with technology. Using the right technology can help streamline recruitment processes, add to their efficiency and make them faster.

Here are some examples of tools that could help you improve your recruitment and selection strategies:

A dedicated HR professional should be available to answer all these questions. Alternatively, you can publish updated FAQs based on applicant queries on your website and your social media pages. It is also a good idea to send candidates a link to the FAQs or include it in the job posting.

This saves a lot of time and helps HR professionals filter out applicants that may not be suitable.

It isn’t always easy to find the best talent for a role. One way of ensuring that they can do the job and that they are the best out there is to ask applicants to participate in online competitions. They can participate from the comfort of their homes and HR professionals can get a real idea of their capabilities.

This is also a great way of ensuring the talent you hire is eager to work and passionate about the role.

Employee referral programs are one of the most successful recruitment strategies. There are two sides to this from an employee’s perspective. One, employees wouldn’t want to subject their acquaintances to less than ideal working conditions. Two, they wouldn’t recommend someone likely to tarnish their reputation.

This recruitment strategy can be especially effective if there is a referral bonus for employees. With conditions such as a minimum tenure before the payout, employees are likely to recommend reliable candidates.

Candidates these days want more than just a salary. They want to know that the organization they work for is willing to take care of them. Be transparent about the benefits offered. Go out of the way to ensure that employees feel that the company cares about their wellbeing.

Many roles have a standard compensation package across an industry. If you want to differentiate yourself, offer better benefits to your employees.

Here are some examples of benefits you could include:

Most applicants approach interviews and the entire recruitment process with some nervousness, in some cases even with hesitation. This is largely due to applicants not knowing what is expected of them and what the process entails.

Having a clear recruitment process helps candidates prepare better for the interview, understand the expectations, decide whether they are the right fit for the role and relieves a lot of stress.

There are a few ways to increase your transparency:

One of the best ways to ensure the process is transparent is to use technology. Use software and tools that will tell candidates what to expect at each level of the process. The AI-enabled software will send them automated notifications on their progress and even initiate the onboarding process once a candidate gets through.

Another highly important aspect of your recruiting strategy is the candidate experience. This refers to how an applicant feels during the recruitment process and their interactions with your company.

Here are a few things you can do to enhance the candidate experience:

Not all organizations prioritize diversity in the workplace. However, a diverse workforce is essential to drive growth via new ideas and varied perspectives. With geographical barriers becoming less of a hindrance at present, it is now easier to hire talent from anywhere in the world.

Therefore, even if you are not explicitly focused on hiring people of different nationalities, you could spend your energy creating a more culturally and age-diverse workforce. You may want to consider hiring differently abled people or those who may not necessarily fit into the standard format of employees you would hire.

A more diverse workplace is not just about hiring people who have differences; it is also about celebrating those differences and ensuring people can always be themselves. A workplace with this kind of ethical foundation is bound to attract the right kind of talent.

The human aspect needs to be the prime focus for every recruitment strategy. Make sure that all your plans revolve around your people. Besides, recruitment processes must be adaptable and creative. It becomes a tad easier to achieve all those goals with the aid of technology. The latter allows

HR professionals to access vast amounts of information, gain predictive analytics and explore a diverse talent pool. The resulting strategies are then, smoother and more effective.

D’ipanjenah is a writer and marketing professional associated with Mercer Mettl since 2020. Her working style thrives on a balanced approach towards standard insights and novel trends. She utilizes creative content and digital strategies to help brands start important conversations. When not reading/writing, she enjoys art and parents a calico.

The primary objectives of recruitment and selection are to ensure high-quality candidates who are culturally fit and work toward shared organizational goals and vision.

Hire and upskill your tech team with an automated programming platform

Hire the best coders with coding assessments and simulators 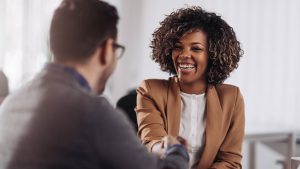 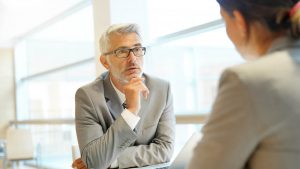 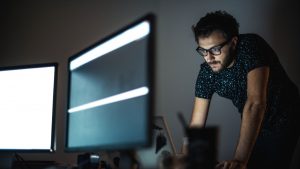