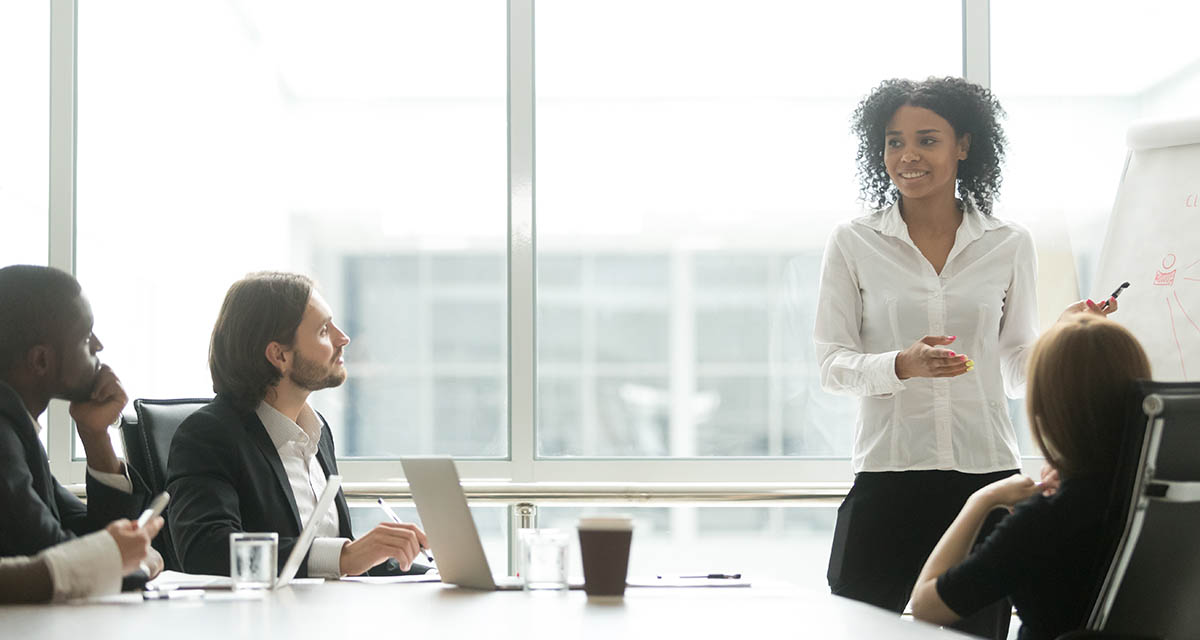 Guardian investigation’s study on academic misconduct revealed that the number of students caught cheating using technology has risen by 42% from 2012 to 2016.

The Times reported on more than 50,000 cases of cheating at British universities in a three-year period between 2013 and 2016.

The Guardian also found multiple websites that openly targeted students with devices that could be used for cheating.

One eBay seller of a wireless micro earpiece said it could be used for private investigators, law enforcement officers and students. It cost $13.99 (£11). Another company, Monorean, advertises itself as an online store to buy invisible earpieces for cheating in exams.

The person behind the company, who asked to be named only as Guillermo, said: “If you navigate our SITE, you’ll see that our target audience is mainly – if not entirely – students!

Students and increasingly misusing the liberties offered by online examinations that can be taken from remote locations such as home to make impersonators take the test on their behalf. This is making stringent candidate ID authentication a necessity to guard the integrity of the exam.

“A 2013 U.S. Department of Education Office of Inspector General’s report indicates that an estimated $187 million in federal student aid was likely fraudulently acquired by rings of criminals between 2009–2012, using fake identities.”

Secure Browser is another technology that helps prevent cheating. It enables you to host a test in a safe environment where you pre-define the apps and websites that are allowed, and the system automatically shuts down any other app or website that runs on the system

The Secure Browser disables screen recording, screen projection, any desktop-based application and web-based application/page (unless whitelisted). By doing so, it prevents the candidate from screen sharing or searching for answers on google, etc.

Some vendors provide secure browsers where there is no option of whitelisting applications, websites, etc. 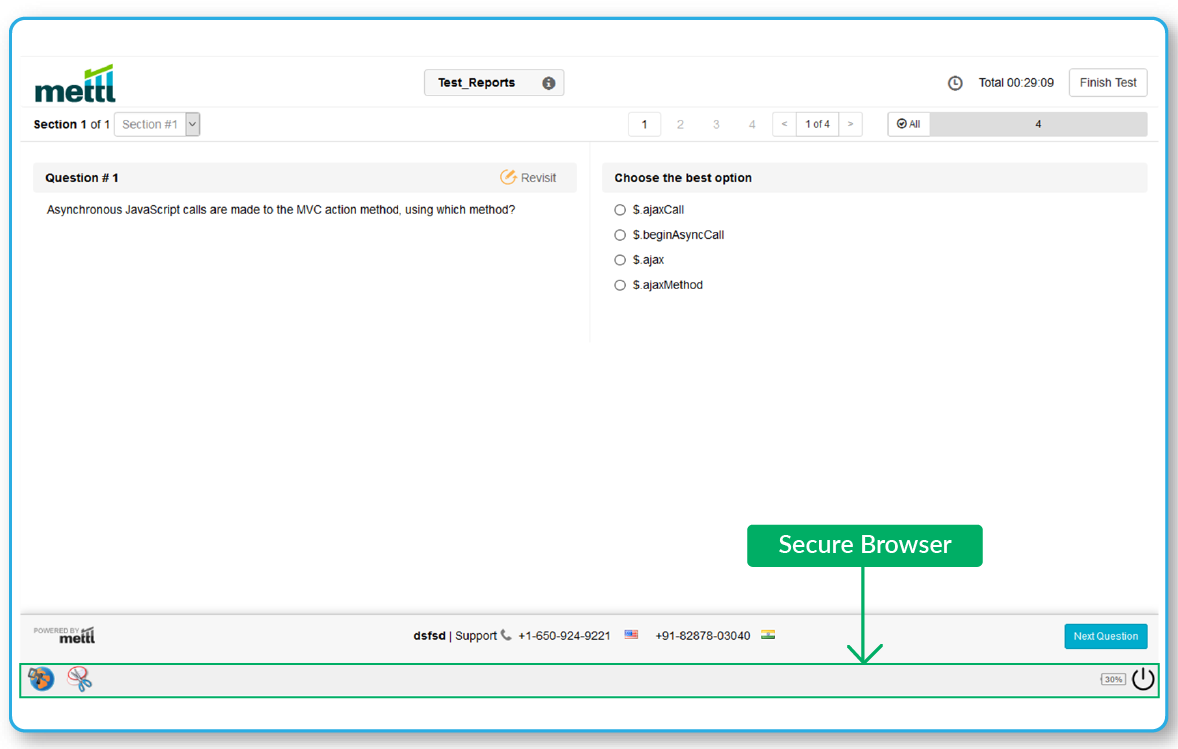 Pros: It is a great technology to enable open book exams, where certain resources can be made available to the students by whitelisting some of the links and software.

Cons: Secure Exam browser as a stand-alone anti-cheating measure is not very effective as it leaves the exam taker free to access resources outside the computer on which he/she is attempting the test to find the answer to questions.

To prevent cheating during the online examination, companies are coming up with technologies to prevent candidates from searching for test answers online. This is enabled by preventing mobile phone usage during exams, removing or blocking sites that contain test answers and hosting the test on a secure browser.

“According to a study conducted by USA Today, 1 in 3 students use cellphones to cheat on exam.”

By scanning the internet for questions that match those included in the test/exam, this technology protects the integrity of tests by ensuring that the test was not leaked online before it is attempted by the candidate.

“In 2017, High School Board Exams question papers of 5 subjects were leaked and being circulated via WhatsApp, in Mumbai, India. Students were caught viewing the leaked images on their phone while giving the exam at the exam center.”

Cons: Not a stand-alone anti-cheating solution

As there is no live or auto-proctoring involved, the candidate can attempt cheating by using offline resources.

Proctoring is an anti-cheating mechanism that authenticates the identity of the test takers and prevents them from cheating during the exam. Auto proctoring, as the name suggests, is a method of proctoring that involves usage of a proctoring software that monitors the candidate’s behavior and his/her computer activity via audio and video recording before and during the examination to detect any suspicious activity that can be construed as cheating.

“The market for online proctoring and remote invigilation is expanding at a fast pace. It is being predicted that this is going to be a whopping $10 billion market by 2026 covering all areas – educational, vocational, corporate, and training.”

Mettl ProctorPlus generates a detailed proctoring report that contains the candidate’s and candidate’s computer screen’s audio and video recording and AI flags for all suspicious activities detected. The report is available in pdf format and HTML format. The report comes with screen recording and live feed video embedded along with the flags that the AI algorithm raises. The flags are arranged in chronological order for easy access, and the video is marked with flags at respective timestamps.

Based on the session, the AI algorithm then generates a credibility index that can be used to weed out tests where test integrity has been compromised. Credibility Index can be customized to an institution’s needs. The Credibility Index takes inputs from Mettl’s proctoring flags and test finish states. These are flags and states are:

Being a fully automated process that requires little to no human intervention, auto-proctoring is much cheaper than live proctoring.

Since auto proctoring makes use of machine learning to detect suspicious activity that can be construed as cheating during online exams, its accuracy in improving day by day. How effective a vendor’s auto-proctoring service depends on how much exposure it has in identifying faces of different races and regions, different voices, sounds, devices and applications such as mirroring, screen sharing, etc.

Record & Review Proctoring provides the security of live proctoring but at a much reasonable price. A team of experts reviews each session diligently to weed out any instance where integrity has been compromised.

In case of record and review, the auto-proctoring runs by default. The report available post exam is then reviewed by expert proctors to check for anomalies. Proctors are assisted by the flags of suspicion raised by our AI algorithms that enable them to conduct a thorough check.

As the candidate’s audio and video records are assessed not in real time but later, the amount of manpower required is much lesser as the proctoring experts only have to review the flags submitted by the auto-proctoring software and verify if they are valid.

Record and Review proctoring is reactive in nature where the proctor can only assess the test integrity after the test has been attempted unlike live proctoring, where the human proctor can pause an exam and give live warnings to the candidate in case cheating is suspected. It also increases the time taken to generate results as the proctoring report has to be reviewed by the proctor after the exam before the result can be declared. 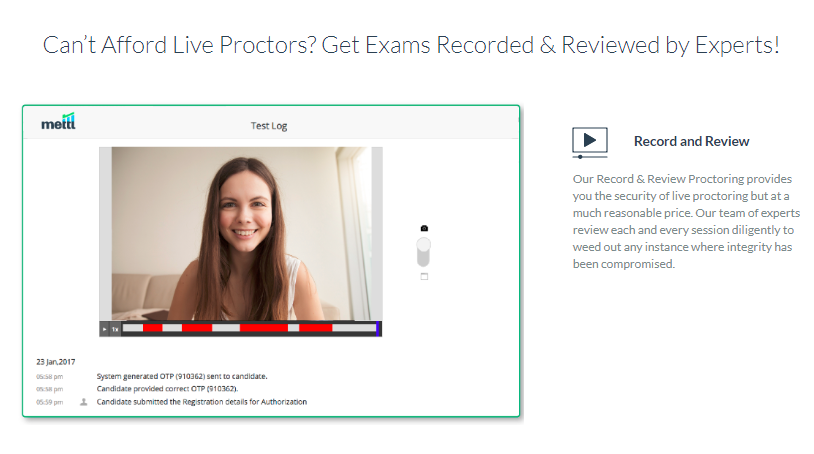 Live proctoring is a combination of auto and human proctoring, where the candidate giving the exam is simultaneously monitored in real-time by a live proctor (a person) and a proctoring software (auto-proctoring) that records candidate’s and their computer’s activity before and during the examination. A proctor is a person who is qualified and trained to carry out candidate (test taker) identity authentication and prevent them from cheating during the exam. The live proctor upon suspecting any suspicious behavior has permission to end the exam then and there. The proctoring software (auto-proctoring) provides a list of red flags whenever it detects suspicious behavior that can be reviewed in real time or afterward (recording) to assess the integrity of the exam and take appropriate action

Live proctoring is a proctoring service that helps prevents candidates from cheating during online examinations that are given from remote locations (e.g., home)

Cons: Difficult to scale: As live proctoring requires human proctors to overlook the candidate’s action and behavior in real-time at the time of the test, it is not feasible of large-scale concurrent tests. Also, it is difficult to train proctors.

Companies are coming up with headgears and advanced gadgets to prevent students and other exam takers from cheating in exams. These technologies involve usage of a camera that can capture a 360-degree view of the room or venue where the candidate is attempting the exam to prevent cheating.

The candidate is provided with either a 360-degree video and audio capturing webcam that they are supposed to attach to their computer screen or headgear with a camera attached to capture the candidate’s gaze and observe things that the candidate is looking at.

The 360-degree camera allows the live proctor or the auto-proctoring software to view areas beyond the laptop/webcam feed coverage providing an extra layer of security.

Using this technology to prevent cheating during exams involves students having to buy the 360-degree cameras and headgears with motion-sensitive cameras, which is expensive. Also, it is cumbersome for the candidate to wear the headgear.

For any institute, upholding academic integrity is of utmost importance. Your degree is worth the trust people place in it. To build and maintain the credibility of the tests that you conduct, it’s extremely important to prevent cheating at any cost. There are plenty of options to choose from- select the array of proctoring solutions that meet your requirement and budget and conduct high integrity exams without any hassle!

Monitor any suspicious activity with our wide range of online proctoring services that meet your scale and budget.

Our RP services cater to a broad spectrum of examinations ranging from pre-employment assessments to entrances and mid-semester examinations.

With our state of the art AI, you can remove logical hassle and get 95% accuracy in preventing cheating

ProctorPLUS is Mercer | Mettl’s cutting-edge tool that is driven by artificial intelligence to provide a holistic solution to ensure the integrity of your assessments in a cost-effective and scalable manner. It is pre-integrated with Mettl’s examination platform and can also be easily integrated into any human resource management system (HRMS). The unique feature of Mettl’s ProctoringPLUS is that it is customizable to your requirements to ensure flexibility in terms of cost, features, and stakes. 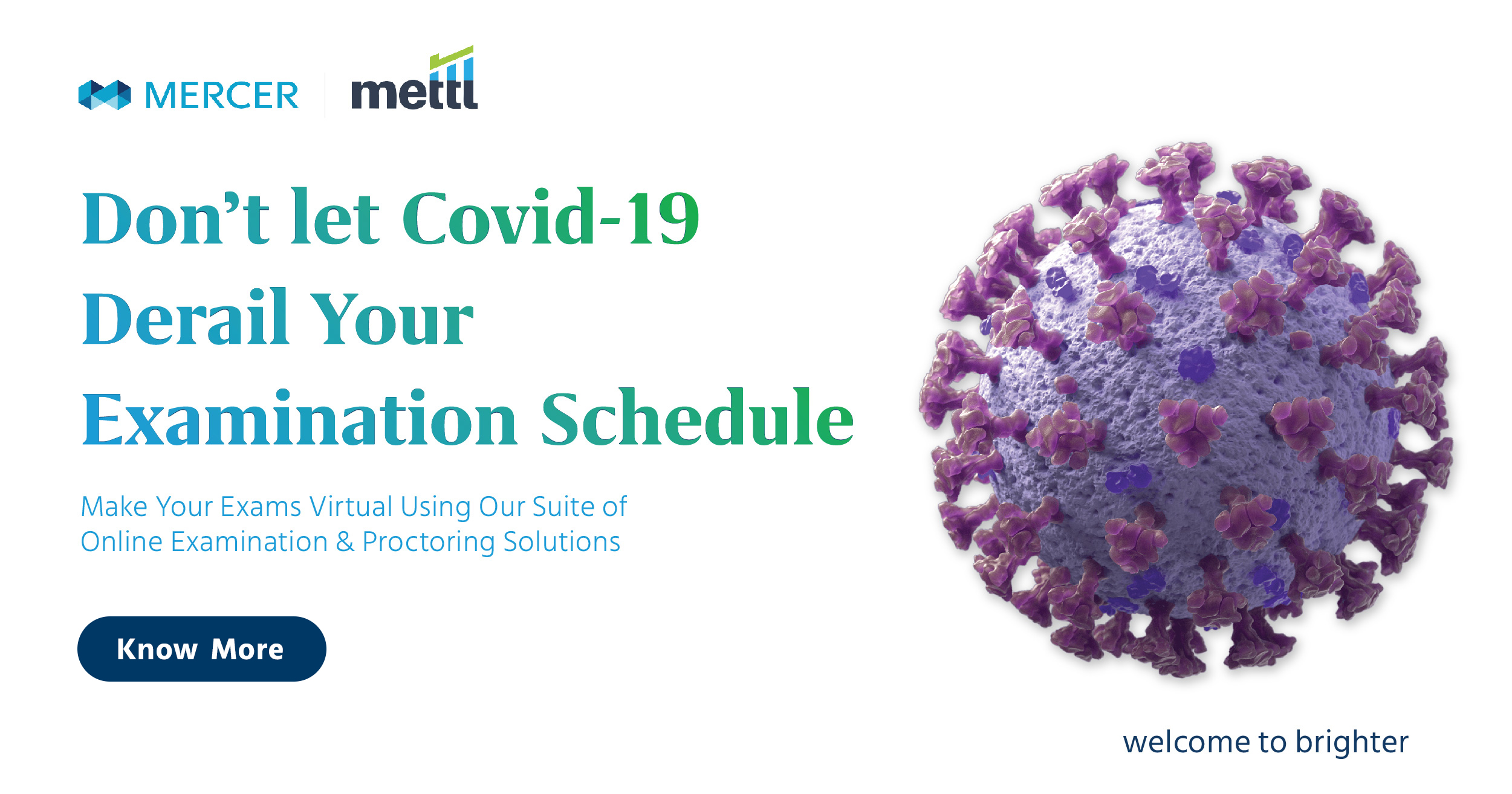 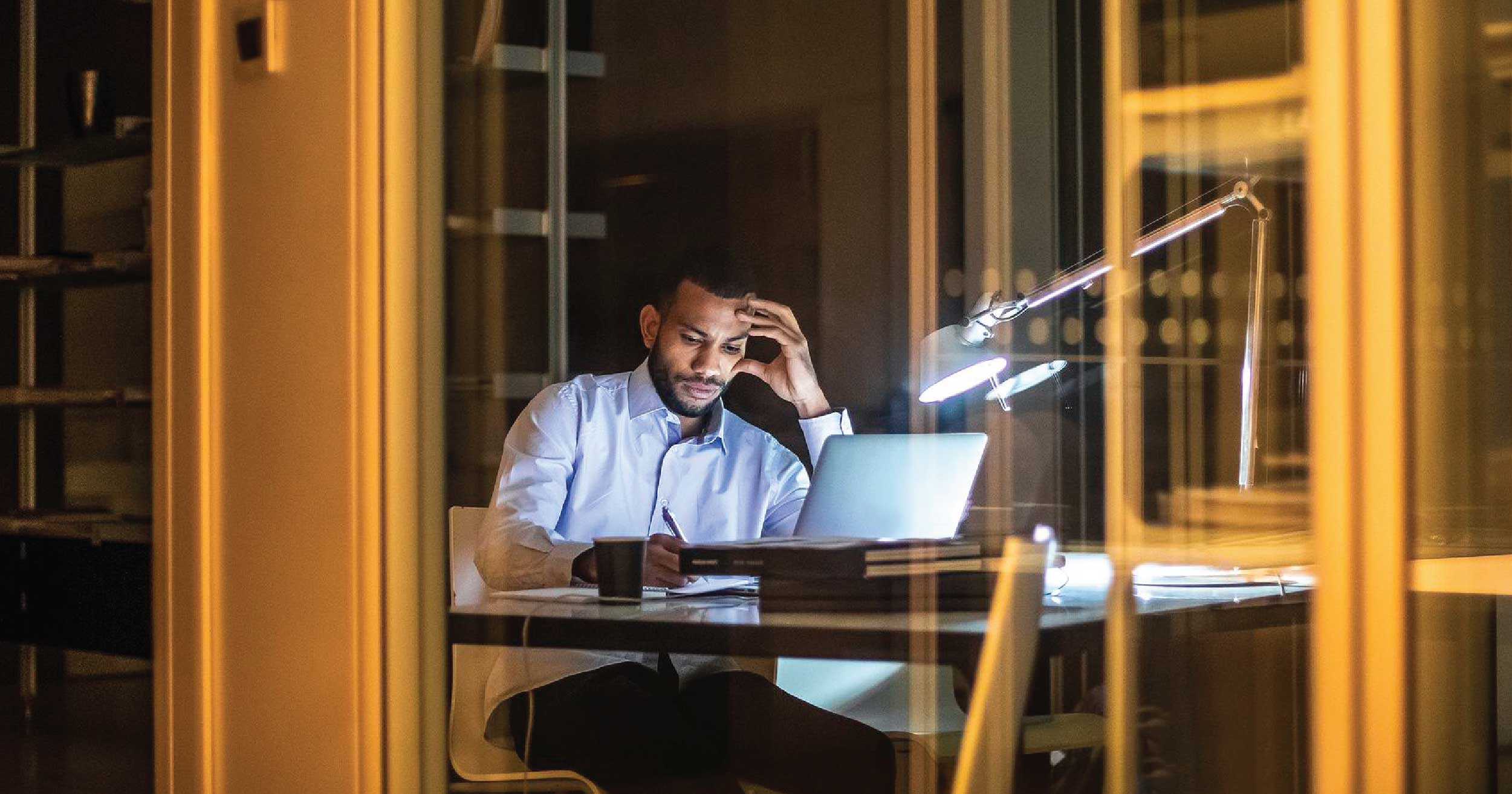 How Employee Monitoring Software Can Help in Times of COVID19? 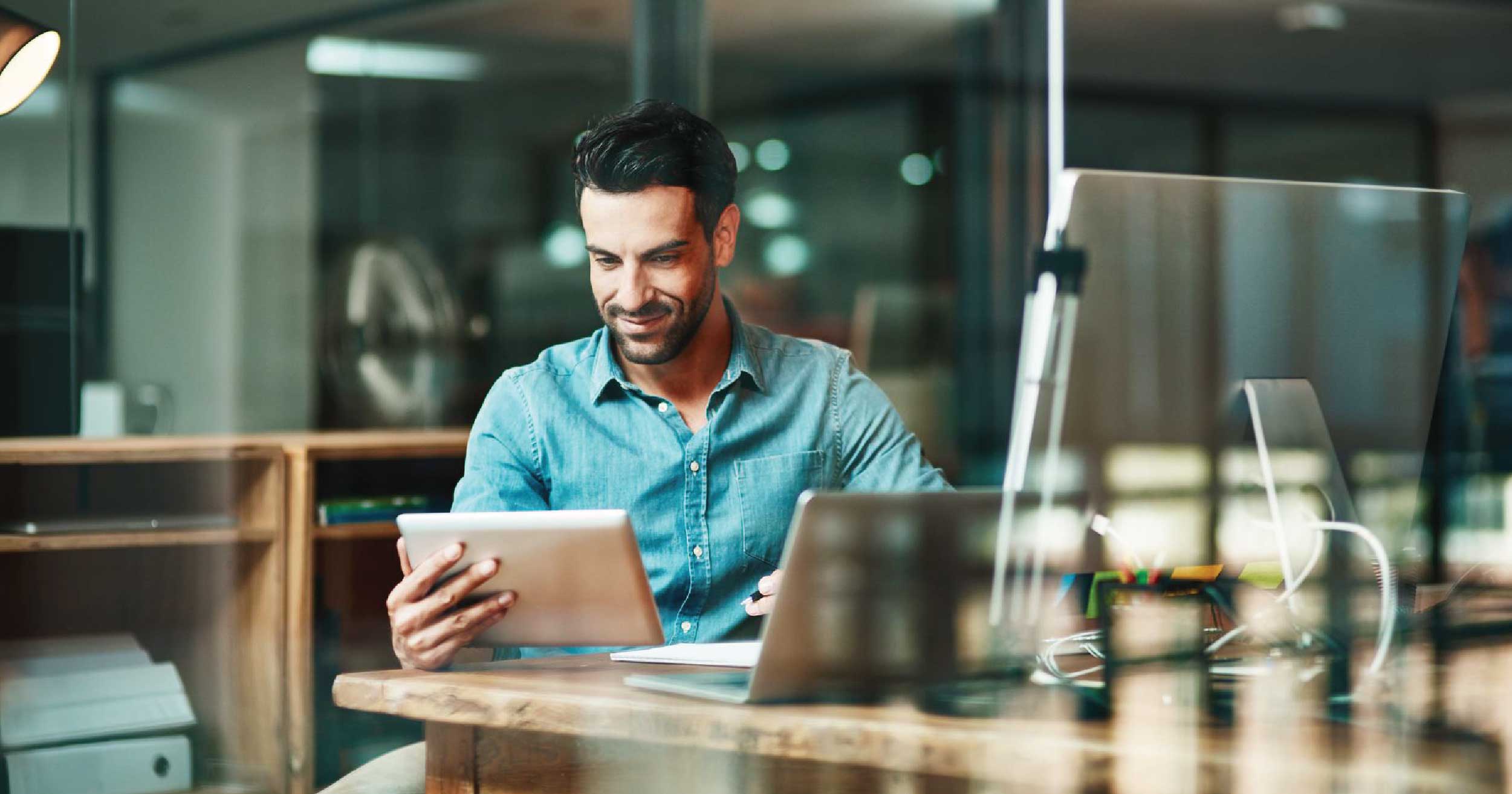 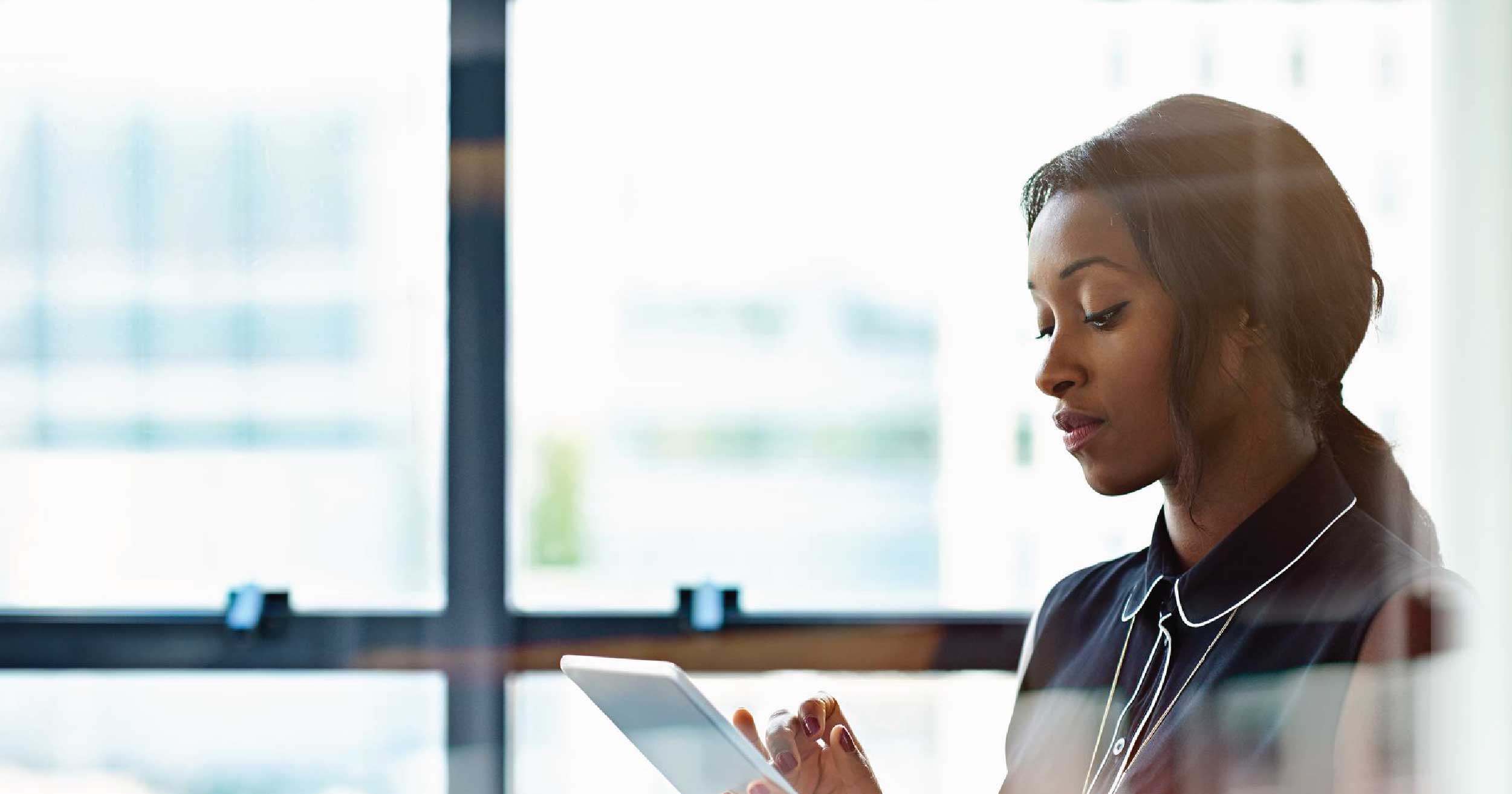